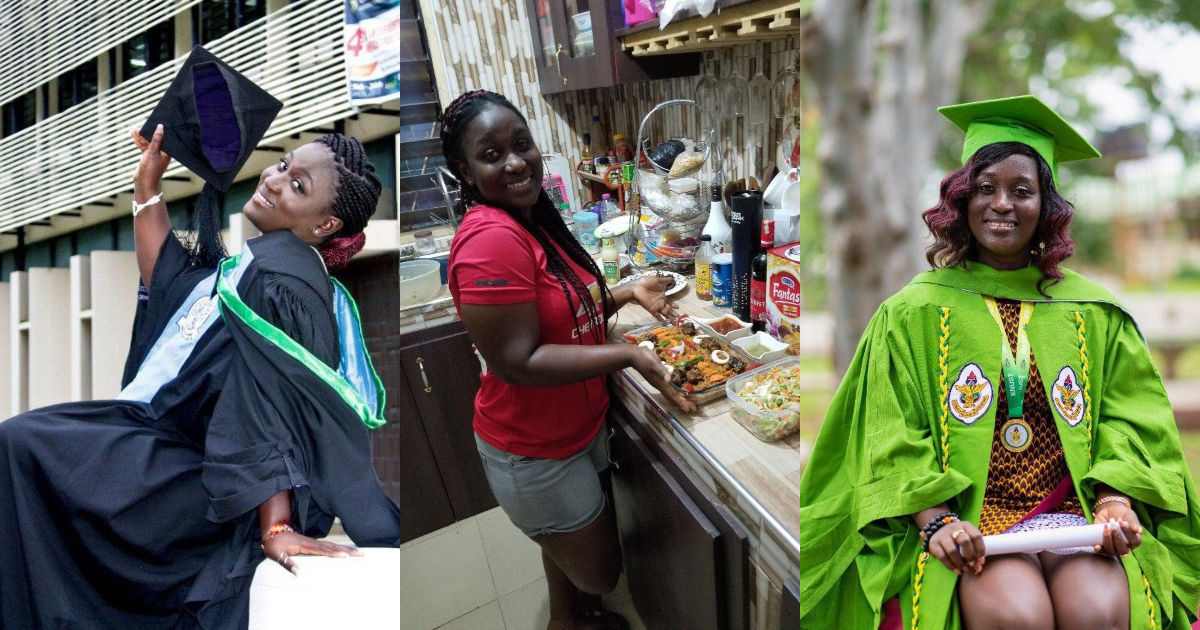 “I sell food with a BSc in Mathematics and an MSc in Actuarial Science. I wanted to be a Med Doctor”- Doris Obenewaa Darko (27)

Here’s her story in a QnA w/ Edward Asare

“Place of birth: Kibi but grew up in Koforidua-Kukurantumi because my mum was transferred to New Tafo Akim Gov’t hospital

Why she now sells food

I lost my mum in my 1st year in SHS so I had to go live with my Dad who came into my life when I was 13. My dream was to become a Medical Doctor but my Dad had stroke a month after I completed SHS so I had to do Mathematics which is cheaper and takes 4 years. I was supported by strangers and my Dad’s sick pay

I became unemployed and decided to cook for homes and bachelors for income because cooking was my hobby. I learned how to do pastries online”

She however stated that she is looking for mainstream work to make use of her knowledge. She also has plans to open branches of OB’s kitchen all over Ghana and eventually do her Ph.D

“My Father Said He Can’t Waste Money On Me,” Says Greg Simon, Disabled Man As He Graduates

Being Skilled Is Not Enough To Be Positioned For Profits Online