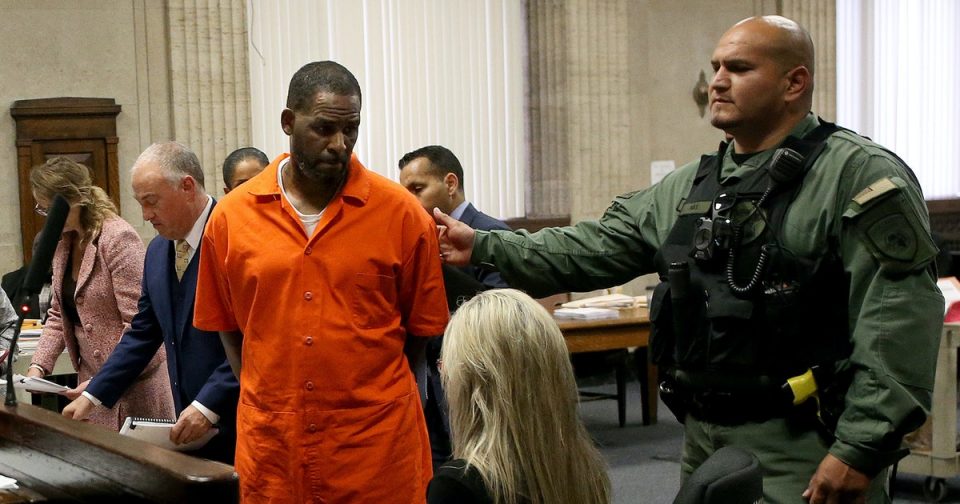 Post Views: 1,043
Recently, I’ve been mulling over something I observe to be a pattern that happens to people like R Kelly who have climbed to the peak of their lives. It’s true that most times, we don’t have control of the things that happen to us, but it is in my opinion that we can control our actions today to avoid some nightmares tomorrow. A lot of times, I watch/read some posts on the media about prominent persons who after having risen to an enviable cadre of their lives, have everything come crashing down on their heads because of an action they took in the past. An example is the R Kelly Story
.
Most times, it’s either sexual assault cases, rape scandals, money laundering, defamatory statements, or deeds they had directly/indirectly aided. Most times, these people are repentant of their past and may have even forgotten about them. They see themselves in the new light and live their lives in the present. But why does the past come knocking after many years? It’s simple. You get to pay the consequences of whatever actions you take in life. Yes, I know that old things have passed away and behold everything becomes new. And forgiveness is a preached in the scriptures.
.
But the deal is, irrespective of time, forgiveness, and repentance, there are consequences for every action you take. And some of them, you must pay no matter your repentant state. Let’s use David as an example. David was a man after God’s own heart. But David had shed an innocent blood, and took a woman that belonged to another. When God sent Nathan to him, he was sorry. God eventually forgave him, but told him the sword of violence will not depart from his house. David paid for that action through a nightmare of a son – Absalom.
.
Imagine that there’s a young girl who won’t heed to her parents advice of getting involved with the opposite sex. Then she gets pregnant and comes home to her parents. Eventually she’s forgiven but that doesn’t change the fact that she has a child growing inside of her. That’s the consequence of her action and she has to live it. Most times, what happens is that the people you’ve wronged haven’t healed from that hurt. Time hasn’t soothed their wounds and they can’t see the new you everyone sees now. They’re still viewing you from old lenses and want their pound of flesh. Which better time to make you pay if not now you’ve risen to a stage where the world can see you?
.

Here’s an experience : In primary school I had this male classmate who was trouble personified. He so much got under my skin and that of everyone else. He had a lot of energy and used it in the not so pleasant ways. Today, he’s a Pastor. He has a great congregation, has changed so much over the years, and is entirely different from the troublesome kid I detested back in school.
.
In junior secondary school, I had another classmate. He had the most beautiful handwriting I’d seen then. He knew he had the attention of the girls and used it well. Today he’s an Apostle, and doing great in the ministry.
Sometimes I come across their posts on my timeline on facebook and unconsciously look at them from the past lenses. But I remind myself that these were old times, and everything’s different now.
.
In my first few years in the university, I lived in a compound where majority were students and mostly female. There was this particular one who stood out amongst them because of her lifestyle. He was the men’s favorite lady. One day I overheard my neighbour’s friend repeat something about her that really wasn’t good. It made me cringe.
.
Then time elapsed and one day I saw a flyer for a gospel music concert. Guess who was positioned next to one of my favorite artiste. This girl. For the first few minutes, I struggled to look at her beyond the person I’d known back then. It was hard.
.
In all these scenarios, these people did not hurt me directly, but I knew a part of them that wasn’t so pleasant. If I didn’t have the understanding that God’s grace is sufficient to all, and that change happens to be the only permanent thing in life, I’d probably still be holding these past against them. Now imagine someone traumatized by another person so badly that it alters his/her life. No matter the new cloak this person who caused the trauma puts on, the victim finds it difficult to look past that. That’s why you see prominent persons being dragged in scandals that threatens everything they’ve built over time hence the story of R.Kelly and others.
.
You can’t control what happens to you, to an extent. But you can control your actions today so it doesn’t come back to haunt you tomorrow. There are some consequences you can’t evade, and will certainly pay – repentant or not.
.
.
SKB News Magazine appreciate you a lot for reading!  If you enjoyed this, kindly hit the share button and help others to also see it. You can also like our Facebook page so you know when we make new posts or Click to JOIN our Telegram Channelwere we post JOBS + TIPS
previous post