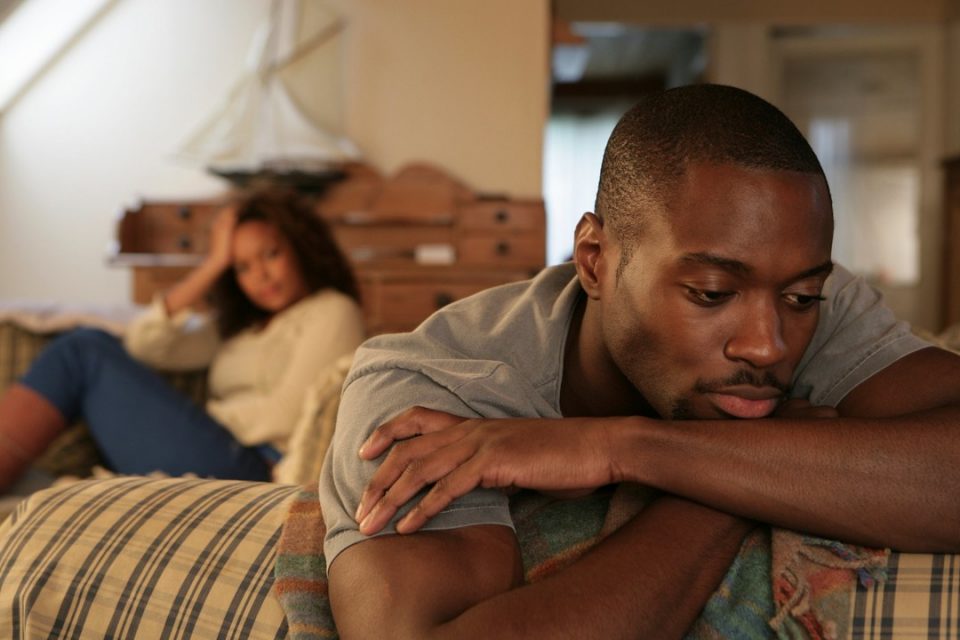 I met him when I was going to buy a few things at a shop in my neighbourhood. He had a kind and trusting look about him. I would have just taken a good look at him and then gone on with my shopping. He on the other hand wanted to get to know me so he introduced himself to me. I introduced myself to him as well and he asked for my number.

When I got home he texted me and our conversation started from that moment. We went from texting each other to phone calls. He was soft-spoken and seemed to be very caring. If we were talking and I complained about being broke he would send me money. That’s the kind of person he was. He liked to take care of me even though we were just friends at the time. Soon we progressed from phone calls to hanging out in person. Our moments together were always fun and filled with revealing stories about our childhood and teenage years. I felt connected to him in a way I never felt with anyone else.

One day during our usual hangouts he kissed me. I saw it coming but I didn’t prevent it. There was always sexual tension between us and I knew it was just a matter of time before we lost control. After that kiss, the dynamics of our relationship changed. It was no longer just intimate conversations shared in friendship. There was an added intensity to the way we talked. He made hints about his future that included me. During our next hangout, he tried to kiss me again but I didn’t let him. Instead, I asked “What are we doing? Friends don’t go about kissing each other. What is this thing between us?” He gave me a confused look “We are dating. What do you mean we are friends?”

Now it was my turn to be confused “When did we start dating? You didn’t propose. If you want me to be your girlfriend, you have to ask me.” His response was, “When we met I told you I liked you and that I wanted to get to know you. That was my proposal. And you agreed so here we are.” I was surprised. We went back and forth with the issue until he proposed to me properly. Of course, I said yes. I was already in love with him and I wanted to be sure about what was happening between us. It didn’t take long for him to introduce me to his mother. She was receptive but she wasn’t warm and welcoming.

A few months into the relationship I got pregnant. When I found out, I knew I was going to keep it. I had a decent job and I was earning enough money to get by. Besides, I thought my boyfriend would want the baby too. Boy was I wrong. The moment I told him about it is forever seared in my memory. I remember how he went from a soft-spoken lover to a screaming and angry man. He blamed me for it; “Why did you allow this to happen? I am not ready to be a father.” When I told him that I was keeping the baby he went ballistic. He stormed out of my place in anger when he realized I wasn’t ready to listen to him.

Later, he called to apologize. He said, “I am sorry I lost my temper earlier. I just didn’t know how to react to the news. I told my mum about it and she wants to meet you so we talk about our plan going forward.” Hearing that made me happy. We picked a day and I went with him to see his mum. When I got there the woman told me that it wasn’t right to have a baby out of wedlock. She went on to say that her son wasn’t ready to get married to me, let alone be a father. The two of them started pleading with me to get rid of the pregnancy. His mum’s reaction shocked me the most. I told them I would keep the baby no matter what. His mother then said, “If you keep this child we won’t be responsible for any cost that comes with it.”

I accepted their terms and moved on with my life as a single mother.

When I gave birth my grandparents reached out to them to let them know about the baby. Three days later the guy called me and said, “We heard you’ve given birth, congratulations. My mother asked me to tell you that your womb is filthy and your filthy rag of a child will never be a part of our family. Tell your people not to contact us again.” Guys, I was so hurt to the point of numbness. A man who once professed his love for me could say this about me and our child? I couldn’t contain my pain. I took off my clothes and sat on the floor of my room naked, with my postpartum bleeding staining the floor I cursed him.

I pleaded with the powers that be that “Until the last female in both our families attains menopause, any pregnancy he accepts will be miscarried.” My grandparents who were with me at the time also cursed him not to have any child except our child.

Fast forward, he has been married for three years now. I heard from friends that all his wife’s pregnancies have resulted in miscarriages. His mother also called my family and left a message for me. She said, “Tell your daughter that if she has decided that my son will not have children, she too would never get married.” I laughed when I got the message.

A few days ago, the guy sent me a message through a mutual friend. He wants to run a DNA test on our child so that he can claim him if it turns out that the child is indeed his. I sent a message of my own, “Tell him that if he has money to run a DNA test on his child before he accepts the responsibility of him, then he can afford fertility treatments for his wife. Tell him not to contact me again.” I blocked his number long ago so his way of reaching out to me is through people. Currently, our child is four years old. I am solely responsible for his upkeep but I can afford to. I am a government worker and I run small businesses on the side. I don’t need his money to take care of a child he himself rejected.

As for the curses, even if I revoke mine it won’t make any difference. Both my grandparents are dead now. I believe his fate is sealed now. My question is, am I wrong to keep his child from him now that he wants to be a part of his life?

SKB News Magazine appreciate you a lot for reading!  If you enjoyed this, kindly hit the share button and help others to also see it. You can also like our Facebook page so you know when we make new posts or Click to JOINour Telegram Channel were we post JOBS + TIPS
previous post

10 Characters That Makes A Man Attractive

Cheating? 8 Things You Should NEVER DO After Your Partner Cheat