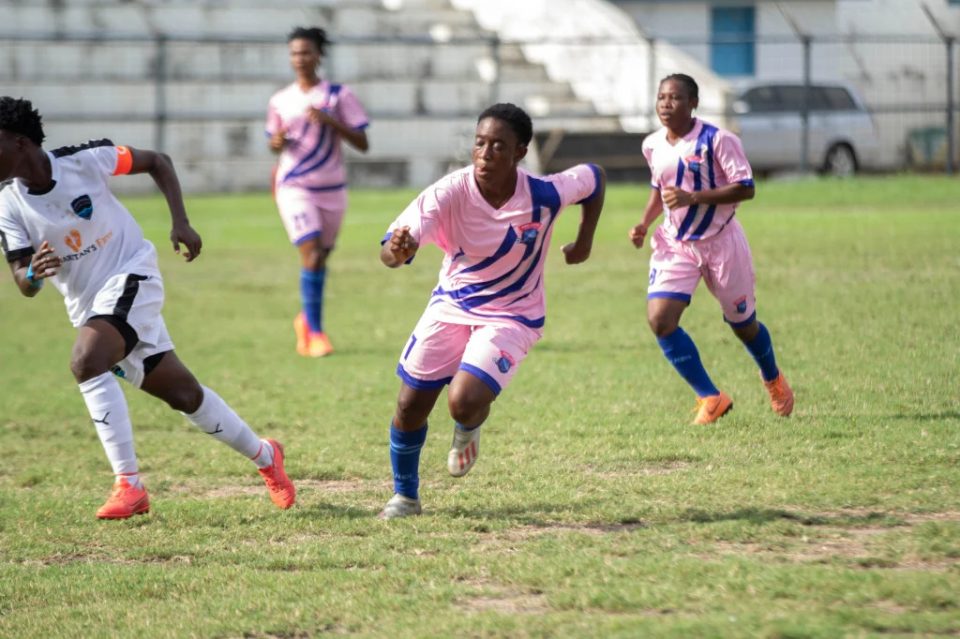 Berry Ladies fc secures a win as they beat Lady Strikers Fc by two goals to nil at Robert Mensah stadium this Saturday on match day 3 of the 2022/23 Malta Guinness Women Premier league .

Mabel Amoyaw introduced the first goal for the game in the eighth minute of the first half. With a foul against lady strikers, a free kick was issued in favor of the away team hence the Berry Ladies FC striker grabs the opportunity and heads the ball into the net.

The first half saw Berry ladies FC having about 80 percentage possession of the ball as the ability for Lady Strikers to retain the ball wasn’t encouraging as they lost most chances to equalize due to inexperience ball control and low shots on target.

Referee Kakraba Bridget Afi issued a yellow card to Berry Ladies striker Comfort Yeboah, after the said player was rather pushed by the opponent, giving room for question for the card issued .

Efforts from the Strikers of the home team Edem Atovor, Linda Essien, Hannah Soti in the second half were mostly blocked by Berry ladies defender Martha Appiah denying them the ability to be at an advantageous end.

Victoria Salifu scores the second goal for away team just before her substitution with Ginikah Ikeh proving her self with her name in the score sheet for the team. Wingers Portia Sakyiwaa and Jacqueline Amponsah were very firm in their position and swing when there was a need to create balance.

The was a total of 3 yellow cards issued during the game as the away team where issued all three.

Berry Ladies Football Club has two wins, 4 goals and a lose. They are set to play their next game at Madina Astro turf next week Saturday and they will be successful with a win to their favor.