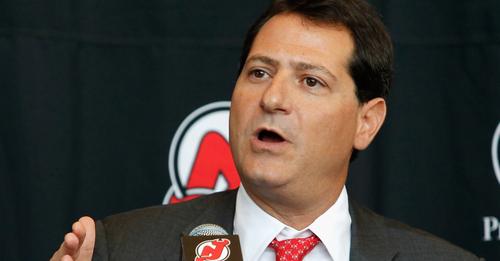 With the recent purchase of the Cleveland Guardians, Blitzer becomes the first person to hold equity in five major U.S. sports leagues.

History is in the making.

Blitzer, who has a stake in the Philadelphia 76ers, New Jersey Devils, Pittsburgh Steelers, Real Saltlake, and now the Cleveland Guardians, is also Senior Managing Director & Head of Tactical Opportunities at Blackstone, an investment management company.

With his recent purchase, Blitzer now owns a 25-30% stake in the Cleveland Guardians. In the upcoming years, he’ll have the ability to increase his stake to a controlling interest (50% or more). MLB Commissioner Rob Manfred told ESPN that he is “really excited about the change there.”

What is David Blitzer’s background?

Blitzer is also a sports fan. “You sit there as a fan your entire life — I’m a huge sports fan — and you see X, Y, Z owner and think, ‘Wouldn’t it be really cool to own a sports team,'” Blitzer told the New York Business Journal.

How much is David Blitzer worth?

Related: Who is Khaby Lame? the 22-Year-Old Is who is now the Most Popular TikToker in the World

What does David Blitzer do with his money?

Blitzer, along with his wife Allison, a fellow Penn graduate, runs the Blitzer Family Foundation. The foundation “promotes youth development through education, athletics, and health,” according to its website. He also serves on the Boards of Dream, a youth development organization servicing more than 2,200 inner-city children. Finally, Blitzer is a supporter and donor of Hillel International, the largest Jewish campus organization in the world which encourages Jewish undergraduate and graduate students to embrace their Jewish heritage.

Who is Khaby Lame? the 22-Year-Old Is who is now the Most Popular TikToker in the World

The Leadership ‘Secret’ That Smart Leaders Have Known for a Century

[…] Leadership ‘Secret’ That Smart Leaders Have Known for a Century Billionaire David Blitzer Set a Major Sports Milestone Who is Khaby Lame? the 22-Year-Old Is who is now the Most… Marcus Bullock, the […]