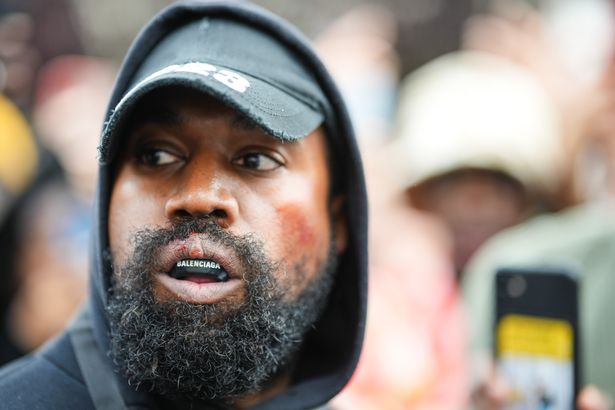 Premier League club AFC Bournemouth have used the song ‘Power’ as the team’s walk-on music since 2020, but in light of Kanye West’s recent comments will no longer do so

Bournemouth are reportedly set to no longer play Kanye West’s music as the backlash to the rapper’s anti-Semitic social media posts continue.

The American rapper, now officially known as Ye, has seen a host of high-profile partnerships walk away from agreements after he launched a vile outburst towards Jewish people earlier this month.

West offended millions in a tweet in which he stated: “I’m a bit sleepy tonight but when I wake up I’m going death con 3 On JEWISH PEOPLE. The funny thing is I actually can’t be Anti Semitic because black people are actually Jew also You guys have toyed with me and tried to black ball anyone whoever opposes your agenda.”

And Premier League club Bournemouth are now set to shelf his song ‘Power’, which has been the side’s walk-out music for a number of seasons. The Cherries have used the song for several years, having brought it back as their first stint in the top-flight came to an end in 2020. 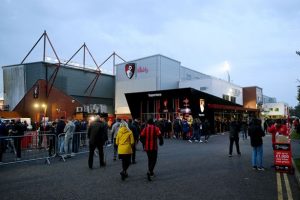 But the Daily Echo report that concerns were raised over the use of the 2010 hit and it has now led to its removal, starting from this weekend against Tottenham. Earlier this week, clothing giants Adidas confirmed they had cut ties with Ye saying it does “not tolerate antisemitism and any other sort of hate speech”.

In a statement on Tuesday, Adidas wrote: “Adidas does not tolerate antisemitism and any other sort of hate speech. Ye’s recent comments and actions have been unacceptable, hateful and dangerous, and they violate the company’s values of diversity and inclusion, mutual respect and fairness.”

Social media companies initially suspended the 45-year-old’s account, with a host of celebrities – including ex-wife Kim Kardashian denouncing his message. Ms Kardashian took to social media: “Hate speech is never OK or excusable. I stand together with the Jewish community and call on the terrible violence and hateful rhetoric towards them to come to an immediate end.”

Ye was given the opportunity to offer an apology after he appeared on Piers Morgan show – but asked if he would say sorry, he responded: “No, absolutely not. Absolutely not.”

Before adding: “I will say I’m sorry for the people that I hurt with the death con, with the confusion. I feel like I caused hurt and confusion and I am sorry for the families of the people who had nothing to do with the trauma that I had been through. I used my platform where you say, I hurt people, and I was hurt.”

A number of sporting stars have since cut ties with Ye’s Donda Sports Agency, including Aaron Donald and Jaylen Brown, superstars in the NFL and NBA respectively. 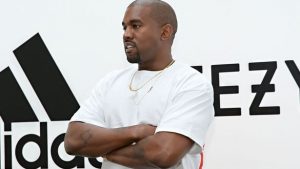 Donald, arguably the best player in the NFL, winning the NFL Defensive Player of the Year award three times and having one Super Bowl championship, released a joint statement with his wife, Erica, as they denounced West’s quotes.

“We felt a responsibility to send a clear message that hateful words and actions have consequences and that we must do better as human beings. We do not feel our beliefs, voices and actions belong anywhere near a space that misrepresents and oppresses people of any background, ethnicity or race.”