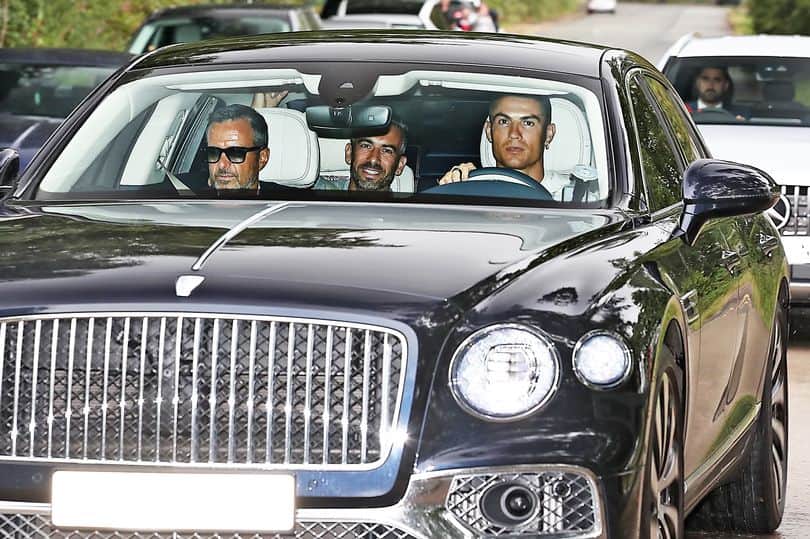 Cristiano Ronaldo did not travel on Man Utd’s pre-season tour of Thailand and Australia due to family reasons; the Portuguese forward had asked to leave Old Trafford in a desire to play Champions League football; Man Utd’s season begins on August 7 against Brighton, live on Sky Sports

Cristiano Ronaldo is back in Manchester and is expected to hold talks over his future with Manchester United manager Erik ten Hag on Tuesday.

The 37-year-old arrived at United’s Carrington training ground with his agent Jorge Mendes on Tuesday morning ahead of talks over his future. Former United manager Sir Alex Ferguson was also seen arriving but it is understood he is there for a regular board meeting with chief executive Richard Arnold.

WE UNDERSTAND: Sir Alex Ferguson is at Carrington for a regular football board meeting. Richard Arnold & David Gill there too. Scheduled months ago. His attendance is Totally separate from any discussions involving CR & Mendes

Ronaldo flew back to the UK on Monday after missing the club’s pre-season tour of Thailand and Australia due to family reasons, with the explanation accepted by the club.

Ten Hag admitted he was unclear over the situation ahead of the tour – but Ronaldo will now start training with the club on Tuesday after training away from the squad in recent weeks.

The club’s stance regarding Ronaldo’s future has remained unchanged: United are willing to listen to offers for Ronaldo this summer, Sky Sports News understands, but the club’s public stance remains that he is not for sale.

Ten Hag said in Bangkok that Ronaldo, who has one year remaining on his United contract, is in his plans for the season ahead and expects him to stay at the club.
.
Follow us on Facebook for more. Click on https://www.facebook.com/skbjournal
previous post

10 Best Tips and Tricks to Be an Expert with Telegram

Where is Alex Antetokounmpo Now ?