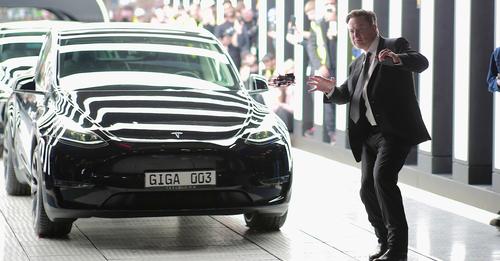 Between Tesla and SpaceX, Musk is the boss of more than 100,000 employees.

With the addition of Tesla’s Gigafactory in Austin, Texas, CEO Elon Musk is bringing an estimated 20,000 workers under his employment.

In fact, Tesla and SpaceX employ more than 100,000 people combined.

So, what’s it like to work for Elon Musk? Here’s a closer look at his approach to management.

There’s micromanaging, and then there’s “nano-management”

In 2015, Musk described himself as a “nano-manager” in an interview with The Wall Street Journal.

“He is also likely aware how much it sucks on the receiving end, but he knows you will exceed your own expectations if he keeps the heat on,” she said.

One Tesla software engineer previously told Insider, “He challenges people and pushes them to do things they don’t think they can do and is really great in some ways.”

But in 2018, current and former Tesla employees told CNBC that Musk’s micromanagement cost the company time and money.

The reason Musk doesn’t delegate? “I can’t find people to delegate to,” he told The New York Times in 2020. Musk didn’t immediately respond to Insider’s request for comment on this story.

Musk also shared his management philosophy with Tesla workers in a 2018 email, in which he wrote there should generally be fewer, shorter meetings, and people not contributing should simply leave.

“Walk out of a meeting or drop off a call as soon as it is obvious you aren’t adding value,” he said. “It is not rude to leave, it is rude to make someone stay and waste their time.”

He said employees should nix jargon and skip the chain of command to improve communication. He also said there’s leeway with company rules.

“If following a ‘company rule’ is obviously ridiculous in a particular situation, such that it would make for a great Dilbert cartoon, then the rule should change,” he wrote.

In one email sent last October, first reported by CNBC, Musk told Tesla employees he doesn’t mind if they listen to music in the factory or add “any little touches that make work more enjoyable.”

Other times, he can be less flexible.

In another October email, Musk told Tesla managers they have three ways to proceed when he emails them with explicit directions: explain why he’s wrong, ask for clarification, or “execute the directions.”

“If none of the above are done, that manager will be asked to resign immediately,” he wrote.

Musk has been said to have a short fuse with employees.

“If you said something wrong or made one mistake or rubbed him the wrong way, he would decide you’re an idiot and there was nothing that could change his mind,” a senior engineering executive at Tesla told Wired in 2018.

A Tesla representative told Wired at the time that Musk “sometimes takes the difficult step of firing people who are underperforming and putting the success of the entire company” at risk.

The same year, Tesla employees told Insider that Musk could be demanding and unpredictable.

“Elon basically does what he wants, whenever he wants,” one person said.

Musk has often exploded at executives and lower-ranking staff and stormed out of meetings, according to a book by Wall Street Journal reporter Tim Higgins.

Musk has disputed some of the book’s anecdotes, calling it “both false *and* boring.”

Why achievements are so important in your CV

Know these before you meet an Investor as an Entrepreneur

Man City expecting a bid from Chelsea for Raheem Sterling as Thomas...