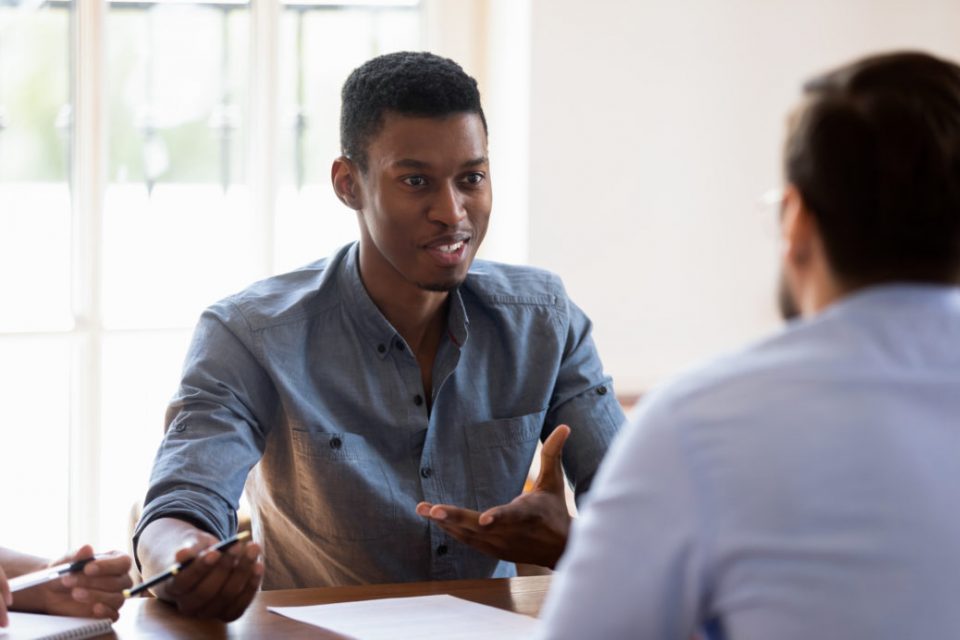 Post Views: 527
Most people in my world just know I work a job, but this is the untold story of how that first job came without an Interview. Years ago, I needed something else to do. In addition to being a student, I just felt like getting hands-on experience in the labor market and at least start building my working experience, so I sat down, crafted application letters and sent them to various places, just in case I get called by any of them. A few days later, I got a text from one of those places I applied to, they asked me to come for an interview. The next day after school, I was on my way to get interviewed, but the problem was that I was already running late.
.
I stepped into the compound that housed the firm I was to be interviewed in and one of the first thoughts that came to mind was, wow… Huge!! In all honesty the place is massive, so I was already smiling in my mind. Shortly before I stepped into the building itself, I heard someone trying to get my attention. Turning to my left, I saw a man shuffling toward me with a brown bag in hand. I said ‘shuffling’ because that was what he was doing. He appeared to have some kind of disability and I almost felt annoyed by his stopping me.
He asked me to help him get something across the street, I was almost losing my patience because I was already late for the interview. I later took pity on him and dashed across the street to get him what he asked for. When I finally got into the building, I learned that the director of the firm was yet to arrive.
.
A few minutes later, the front desk official called me to enter his office, that the man was now seated and ready to attend to people. I sauntered toward the office, ready to answer all the questions they’d ask, only to lose my balance as I walked into the office doors. Seated behind the desk, was the same man I lent a hand outside. Imagine the shock on my face as I stood there for a few seconds, mouth open. Outside he didn’t look like much, but inside, he was the one who called the shots.
.
He asked me only one question in an interview that lasted for over two hours, a question he asked in passing. The remaining minutes he spent giving me very valuable insights into life. During the course of our discussion, I discovered he was not even the manager, but the owner of the place and everything in it.
As I walked out of that place, I couldn’t help but ask myself, “what if I had given him the cold shoulder outside?”
.

I am sharing this story with you because of one simple lesson it has taught me. Sometimes, we stop the prayers we make from getting answered because of how we relate with people. Imagine I had given that man a huge chunk of my mind then, I would have been out of that place without being given a chance to prove whether I could do the job or not.
.
This year and years ahead, I think it’s best we make up our minds to be good to people, whether or not we think they are worthy of such goodness. Lending a little hand of help can sometimes go a very long way to ensuring you get some kind of rewards. But do not help people because of what you think you can get from them; be kind to all men, who knows where the answers to your prayers would come from?
.
Or what do you think?
.
.
SKB News Magazine appreciate you a lot for reading!  If you enjoyed this, kindly hit the share button and help others to also see it. You can also like our Facebook page, so you know when we make new posts or Click to JOIN our Telegram Channel where we post JOBS + TIPS
.
written by Samuel Kwame Boadu
.

Who Is Kezia Asiedua Sanie and What is Her Project, For The Future Ghana about ?

Grow Your Own Roots – Consistency is Key

9 Tips To Grow Your Small Business With Social Media Marketing