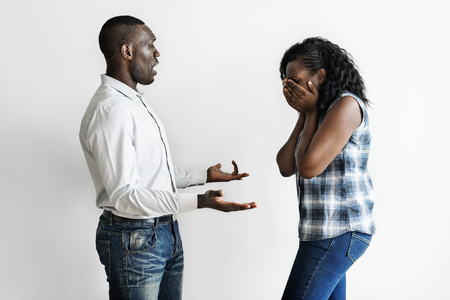 Post Views: 1,133
I met my boyfriend Three(3 years ago) in Accra when he was on a business trip. He lived in Tamale and I lived and worked in Accra. We dated for a year when my job sent me to Tamale for some few months and i called to inform him but unfortunately he didnt react well to the news. He told me to decline the opportunity or consider the relationship over. I was really confused because i thought he was going to be happy since we are now closer but his reaction really surprised me. I still took the offer and when i got to tamale i called him and he warned me never to call him again saying a lot of insults to me which includes me being very disrespectful and not submissive and that is what he hates in a woman; then he blocked me. I was really shaken and broken but i had to move on.
.
Early last year(2021), i was on my way home from work and i met my current boyfriend and he gave me a ride home and we started talking. He told me he got transferred from Takoradi. We started dating and he said he wants to settle down in September. One day, he called me to meet him as he wanted to introduce me to his brother in law and his wife. On our way to the house we started to ‘gossip’ about his sister and brother in law. He was telling me how his sister physically abuses the husband and how the rest of the family don’t get why the guy is still married to the lady for 10 years.
.
When we got to the house, my heart dropped and started beating abnormally. The brother in-law was my EX BOYFRIEND. My current boyfriend noticed i was not myself but just ignored it. After the meeting my boyfriend kept asking if i was alright but i told him it was cramps. I got a message from an unknown number after few days which i realised it was my EX begging and telling me not to marry his brother in-law as he still likes me and he wants to divorce his wife.
Later he told me not to tell my Boyfriend about the relationship we had in the past as this is going to bring issues between he and his wife. I never replied his texts and upgraded to calling me everyday which made me block him. After some days, he sent a message with a different number that he has finally divorced his wife which they are still in the process. I still ignore that text and after few hours of not replying, he sent another text that if i refuse to marry Him he will tell everyone including my boyfriend that i am on the girls he cheated on his wife with during their marriage. That message got to me and got me scared instantly. I want to really tell my current boyfriend what happened between his brother in-law and I but im worried that this will be the end of us too as i really love my current guy.
.
SKB News Magazine appreciate you a lot for reading!  If you enjoyed this, kindly hit the share button and help others to also see it. You can also like our Facebook page so you know when we make new posts.
previous post