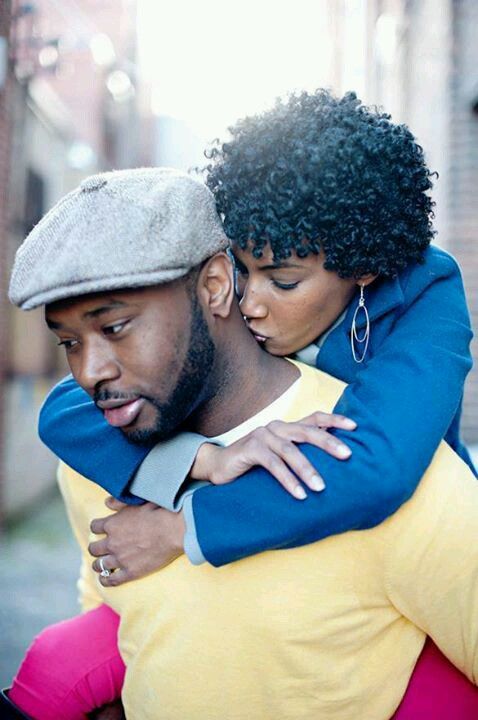 I had a friend who meant so much to me, Dani. This lady and I were practically sisters. We attended pharmacy school together and our friendship survived long after we completed school. She is someone I saw in my future. I saw myself standing next to her on her wedding day just as I saw her standing next to me on my special day. We have been through a lot together and I believed that we would stick together through thick and thin.

When we were in school, she introduced a guy to me as her friend. His name is Yaw, he had an easy-going personality that made me easily get along with him. We were not that close but we talked whenever the situation called for it. During the Covid-19 pandemic, he called to check up on me. That day we spoke at length about my life. He kept me talking about myself while he evaded most of the questions I asked about him. I didn’t think much of it then. I thought he found me so interesting that he preferred to listen to me talk. After that conversation, we didn’t get in touch with each other until January last year. I was at home one Saturday when Dani called me; “Naa, are you home? I am coming over to your place with Yaw. Is that okay with you?”

I wanted to see her but I wasn’t sure if I wanted her to bring Yaw to my place. I didn’t tell her that though. I told her she could come with him. When they arrived I was so happy to receive them. It had been long since I last saw Dani and it felt good to spend time with her. They spent the day with me and we had lots of fun chatting, arguing about social issues, watching movies, and eating. I would have asked Dani to stay over if she hadn’t brought Yaw along, that’s how much I had missed her. Sadly, I had to watch her go.

The next day I got a call from Yaw; “Hello Naa, how are you? Yesterday was so much fun and I am thinking I should visit you today too.” I was surprised but I tried to act unfazed “Is Dani coming with you?” He laughed; “Is that a subtle way of telling me I am not allowed to visit you by myself? Come on Naa, we are friends. Aren’t we?”

His behaviour seemed strange to me. He and I weren’t that close to the point where we would visit each other. I could have told him not to come but I didn’t. I didn’t want to hurt his feelings. When he came he brought lunch and we ate. We talked and he kept showing me things on his phone. He showed me photos in his gallery, and he let me read some of his text messages that were related to our conversations. This made me feel connected to him somehow. I felt like he was opening himself up to me and that I could trust him.

By the time he was leaving, darkness had fallen. He said, “Yesterday you hugged Dani goodbye but you didn’t hug me. Today I want a hug.” So I hugged him. After I hugged him he said, “I want to kiss you. Can I?” I wasn’t expecting him to say that so I felt uncomfortable. Again I could have said no but I didn’t. I consented to the kiss and it felt really good. Everything moved so fast after that and we ended up in bed together. Yes, we had shuperu that day.

I was filled with regret after the act but I realized that I enjoyed it. I hadn’t been with anyone in many years so being with him was nice. Lines became blurred after we were together. There was no official proposal but we started dating. We saw more of each other and spent a lot of time texting and speaking on the phone.

He had been the perfect boyfriend. He was always available to lend a helping hand when I needed him. He was supportive of the things I was interested in. He encouraged and pushed me to aim higher and do more for myself. We were together for a year before certain things came to light.

When we first hooked up, he told me we should keep it between us. He didn’t even want me to tell Dani. I told him “That doesn’t sit right with me. I tell Dani everything.” He said we should give it some time to see how things progress before we involve her. It sounded reasonable so I agreed. As the relationship progressed he still insisted that we keep things between us. I asked him, “Is there something you are hiding? Are you involved with Dani in any way? Is that why you don’t want me to tell her?” He spanned stories; “Oh how can you think like that? Look at the amount of time we spend together, will I have time for anyone else? Besides, Dani is your best friend, if I was involved with her she will tell you. Won’t she?” I wasn’t convinced but I let it go. He said he wanted us to tell people but the relationship was too young.

After a while, I stopped worrying about keeping us a secret. He was doing everything right and I was convinced that he loved me. It didn’t matter if no one else knew about us.

One day we travelled together to attend a wedding. We took photos with his phone so I asked him to send them to me. He took forever to send them and when he finally did the photos came with an attached voice note. He said, “Naa, sorry to say this but while trying to send the photos to you I accidentally sent them to Dani. She got suspicious and asked if we were dating. I told her we met at the wedding by coincidence. Please if she asks you anything about it try and confirm my story. Tell her the same thing I told her.”

After listening to the voice note a switch went off in my head. “No, that can’t be right. What’s wrong if Dani sees both of us in a photo? How can this be a problem that needs explanation? No, there’s something going on.” I drew the conclusion that he’s dating Dani. I felt foolish that I allowed myself to be played. My heart was broken and I was weak. I told him I was no longer interested in the relationship.

He kept asking me what he did wrong. This guy should win an Oscar for his performance in this story. His acting skills are top-notch. He kept calling and texting me, telling me he does not understand why I’m breaking up with him. I didn’t want to talk to him because I knew he would lie and I might fall for it again. Somehow, my brain doesn’t seem to work properly when it comes to him. I spoke to a friend about what happened and she told me that I was jumping to conclusions and hurting my own feelings. She advised me to listen to him and hear what he had to say. Yaw also asked one of his friends to call me and talk to me.

As I stated earlier, I don’t reason well when it comes to him. I answered his call and we spoke at length. His explanations didn’t add up but I forgave him anyway. Three weeks along the line Dani called me. She sounded upset; “Naa I thought we were friends. How could you betray me this way? I introduced my boyfriend to you and you ended up snatching him from me? Wan kind of human are you? What kind of heart do you have in there?”

I tried to explain things to her she wouldn’t listen. She had evidence of our relationship and asked, “Why didn’t you tell me the two of you were dating if you didn’t have anything to hide? We are supposed to be sisters. You let a man come between us? Take him, he is all yours now.”

I haven’t stopped crying since she cut the call on me. I have been trying to talk to her but she is ignoring my calls and texts. I was angry at Yaw so much that I didn’t want to speak to him. I called his friend and left him a message; “Tell your friend that Dani called. I know the truth now and I lost her because of him. Tell him never to call me again.”

Yaw was good to me but he cost me a sister. I don’t know which of the heartbreaks hurt more. Losing the man I thought could be the one is painful. His lies cut me to the core but losing Dani feels like losing everything. I am trying to heal but how can I? I want to find a way to fix things with Dani. Even if she doesn’t want to be my friend again I will be fine as long as I know that she doesn’t hate me. I don’t want her going through life thinking I betrayed her. What do I do to get her to forgive me?

Cheating? 8 Things You Should NEVER DO After Your Partner Cheat

Signs your partner has mentally disconnected with you, without officially breaking up