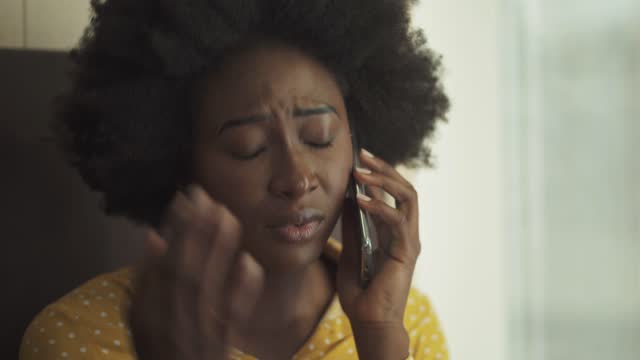 He always came to comment on my videos on TikTok. I didn’t have many followers at that time. I think I had about thirty or so. My videos didn’t get views and likes but I was determined to build something for myself so I kept posting. This gentleman would come and give me motivation under every video I will post. It got to a time I was doing the whole thing for him because I knew he was the only one going to care anyway. One day he said, “I’ve commented on all your videos, please do a special video for me.” I didn’t know what to do so I posted his comment and did an appreciation video for him. He came into my inbox for the first time and we chatted. He said, “I come to TikTok because of you. Immediately after I receive a notification that you’ve posted, I rush here to watch. You’re doing well.”

I asked him, “What do you think I can do to improve? I’ve been posting for a while now but it seems like I’m not growing. Is there something you know that I can do to get many viewers like you?” He answered, “A lot of women are shaking their ass to get views and followers. Don’t follow them. Continue doing what you’re doing and you’ll attract the people who love what you do.” I fell for his depth and we talk a little more that day. From there, he’ll comment on my video and say hi to me in my inbox. It continued for a while so I figured we should take the friendship a little bit further.

I told him, “You haven’t asked for my number but here is it. In case you would want to reach out to me anywhere apart from TikTok, my number can make it possible.” He sent a lot of laughing emojis. He said, “Ice been meaning to ask for your number but I dint know how to go about it. I felt it might give you the wrong impression so it’s the reason I didn’t ask. Do you see why I think you’re special? Thanks so much.” And then he dropped his number too.

He called one day. I heard his voice for the first time. He had a nice voice and there was this sense of humility in the way he spoke. He said ‘please’ a lot and made sure I was comfortable with everything he wanted to talk about. We talked on Whatsapp often. I told him, “For being my biggest cheerleader, I will share my videos here for you before I even post them.” I will send him the video and ask him, “How is it? Do you think it’s good enough?” He’ll say something like, “Just post it as far as you feel good about it. I love it. If you love it too then just shoot.

He lives in Sunyani and works with a cocoa firm. We talked about his job and he always complained about how stressful it is. He said, “My dream is to travel to new places and enjoy my life but this job won’t allow me. The only time I get to travel is when I’m on leave. I’m looking for a new job. A job that I can also get to do things for myself.” That day I opened up to him about my struggle to get a job. It hadn’t been easy after school when it comes to employment. There’s nothing I haven’t done but I haven’t been able to land the job of my dreams. To while away the time available to me, I applied for a pupil’s teacher job and I got it.

I told him, “You ought to be grateful for having a job. Some of us would do anything that pays well but we haven’t gotten the opportunity yet.” So he became my motivator in that direction too. One day he proposed to me and I said, “No it can’t work. I would have loved to but I don’t see how this would work. You’re in Sunyani. I’m in Accra. You have a job that doesn’t allow you to travel. You’re mostly busy. How are we going to manage that? How would that work?” He asked me, “Is that all the problems you have? Then you don’t have to worry. Just say yes and see if we can’t do it.”

I said Yes but I wasn’t so sure about how it was going to work. He was a nice guy. He had the right words and behaved right around me. I was single and he was single too so I decided to give it a try and see what would come out of it. Our mode of conversation was always Whatsapp and a call. When we wanted to meet, we met on a video call. It was going well. Two months later he asked me, “Have you ever travelled to the southern part of Ghana before?” I said no. “I’ve always been in Accra. The world starts in Osu and ends in Kaneshie. That had always been my worldview.

So we started making plans for me to travel down south to go and see him. At first, we couldn’t agree on the date. When I could be ready was when he would be busy. My main issue had to do with transportation fares because I didn’t have much on me. I was hoping he could send me something to embark on the journey but he didn’t make mention of it and I was also too shy to ask. I told him, “The only time I can travel is at the beginning of a new month. If that’s fine with you, then let’s go by that.” I chose the beginning of the month because that’s when I’m mostly paid.

We agreed to meet on the 4th March because the 7th March was a Holiday. It gave us a lot of days to be together. All my life, I hadn’t embarked on a journey this long. I remember telling him, “If the next hour I’m not in Sunyani, I will just stop, get a returning bus and go back to Accra.” He laughed. He said, “You’re almost here. Just hold on.” The journey lasted forever but finally, I got to Sunyani and I called him. He came to meet me at the station. There were no surprises. He looked exactly the way I saw him on video. I asked, “Do I look different in person?” I wanted to be sure. He said, “Nothing different. Just you. The girl I always see on TikTok.

He lived in the house with his parents. He was occupying the boy’s quarters of his parents’ house. When I entered, I met his mother and exchanged greetings. He told his mom, “This is the friend I said she’s coming from Accra.” His mom shook hands with me and gave me a wide smile. We went into his room and I spread myself on his bed. I was too tired to sit. It was around 5 pm. I was very hungry but this man didn’t talk about food. He didn’t even offer me water. He left me in the room every now and then. He would go to the main house and come back several minutes later. Around 7 pm he said, “My dad is in. He’s not in support of me keeping you here so I will get you a hotel.”

I didn’t ask any questions. I followed him to the hotel and got a room. We stayed there until around 8 pm when he started getting touchy. I told him, “You didn’t offer me food or anything. I’ve been hungry since I got here.” He apologized, stepped out and came with food. I ate and we continued talking. He resumed being touchy. I was defending myself against his touches. I told him, “I’m too tired for that. It’s been a hell of a journey. We have a lot of days ahead of us. Let’s talk. Tell me about your family. Tell me about your friends. Where are we going tomorrow? Where are the interesting places in Sunyani? Talk about something.”

He laid on the bed looking frustrated. It looked like he wanted action than talking. Around 10pm, he said he was leaving. I asked, “So I’m going to sleep here all alone?” He answered, “My old folks would be looking for me so I will go today and come tomorrow morning. We’ll spend the whole day together and I will be here with you until you finally leave.” He left me at the hotel around 11 pm. I thought he was going to call when he gets home. He didn’t call until I fell asleep. I started calling him in the morning but he didn’t pick up my calls. I sent him a text; “Dear, I haven’t heard from you since you left. Please call me as soon as you can.”

The next time I called, his number was off. From Saturday to Sunday, I didn’t hear from him. His phone was off all day. So early Sunday morning I left him a message, “Thank you for being the best host in the world. I’m going back to Accra. God bless you.”

I got to the reception and the guy there asked me to pay. I was shocked. I thought he paid for it. He answered, “No he didn’t make any payment when you came in.” I paid through Momo so I could use the physical cash on me for the fare back home. I sat on the bus and I started crying. I was playing strong through it all but at that moment I broke down. I told myself, “How could you be so stupid. You travelled all the way here for someone you met on TikTok? Were you dreaming of a happy ending with someone you barely knew? Lawrencia, you’re such a fool.”

I got back to Accra and my next TikTok video was about how I travelled all the way to Sunyani to meet a boy who wouldn’t be there for me. I was laughing about it but it hurt. For the first time in my TikTok life, I got record views and comments. I got over a hundred followers in a week. The highest I’d ever had. Even that couldn’t make up for the hollowness I felt inside. Three days later, I checked my message and he had read the last message I sent him. He was even online. I told myself, “He’s not worth it.” I blocked him.

One month later, he was back in my inbox apologizing and making me feel like I’m the air he breathe. “I’ll come to Accra and make it up to you. My parents made it difficult for me to step out once they knew I had a visitor. I can’t tell you everything but give me another chance to meet you again and I’ll explain everything in detail.”  I answered, “Bye-bye” and blocked him there too.