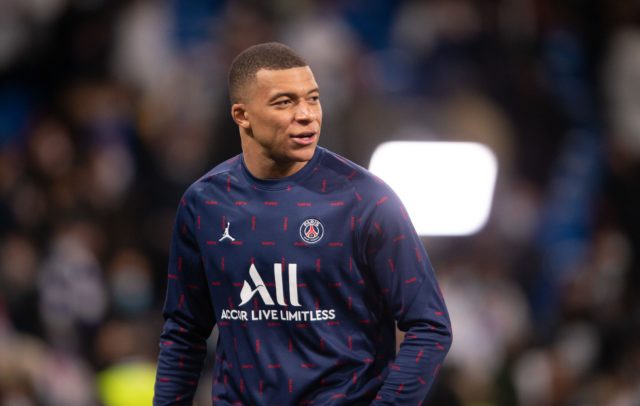 French forward player, Kylian Mbappe has committed his future to Paris Saint-Germain despite reports that he was going to join Real Madrid.

The official announcement was made on the website of the Ligue 1 Champions, PSG. Mbappe was expected to join the Galacticos at the end of this season but the offers that was presented to the player by both clubs was indeed similar, hence it made the decision easier for the player.

The French player signed a three-year deal which will keep him at the club until the summer of 2025, he is expected to earn almost a million pounds which includes endorsements.

Mbappe expressed his delight in front of the PSG fans, according to him, he is happy that he decided to extend his contract.

I am very happy. Here I can continue to grow within a club like Paris which gives me everything to perform at the highest level. I’m also very happy to be able to continue in France, the country where I was born, grew up and flourished.

There have been reports from Spain that the La Liga President, Javier Tebas Medrano said the deal which was put forward by PSG for Mbappe was outrageous and he also compared them to the Super League.

PSG fans will hope that the new deal for Mbappe will see their club win the UEFA Champions League.

If Your Firm Is Not Customer-Centric, You’re Doing It Wrong

Sadio Mane has not told Liverpool he wants to leave this summer amid Bayern Munich interest - SKB News Magazine May 30, 2022 at 8:08 am

[…] Bayern are expected to offer Mane a contract until the summer of 2025, Sky Germany is reporting. They anticipate an initial offer of €30m plus between €5m and €10m in bonus payments. . Read Also : Kylian Mbappe Explains Why he Chose PSG Ahead of Real Madrid | Read […]

Smart Tips for Setting and Actually Achieving Your Business Goals

How to Start a Consulting Business: Your One Page Business Plan