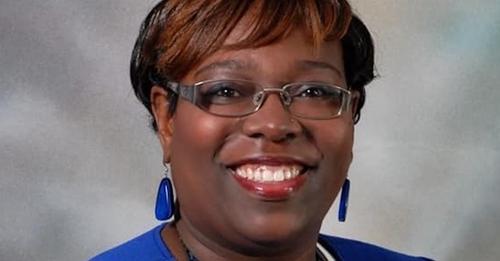 After noticing that other companies were disinterested in smaller jobs and renovations, Lasenta Lewis-Ellis started a small business firm that specializes in facility maintenance and sustainability.

Lasenta Lewis-Ellis’s personal journey is a great example of the idea that where a person begins does not have to dictate where he or she will finish in life. Cola Daily reported that Lewis-Ellis once lived in low-income housing as a struggling single parent. Things have changed for the better. She recently completed constructing a home at Swinton Pointe in Columbia, South Carolina.

“I wanted to learn construction,” Lewis-Ellis said to Cola Daily in an interview, while reflecting on her upward climb. “I like seeing the deliverable, the finished product.”

Related: Adwoa A. Amoako Adjei: First Ghanaian Female To Publish A Mystery-Thriller By Herself

According to Cola Daily, Lewis-Ellis began her journey acquiring a degree in architecture engineering technology. Then, Lewis-Ellis worked for years renovating offices in the University of South Carolina system. The process of getting to where Lewis-Ellis wanted to be included some bumpy patches, too. Cola Daily reported that when the construction team complained that Lewis-Ellis’s designs were not buildable, the eager learner returned to college and earned a construction degree. Afterward, she also earned her general contractor’s license.

After noticing that other companies were disinterested in smaller jobs and renovations, Lewis-Ellis stepped into a new challenge of becoming a business owner.

“And when I first started my business, I didn’t have the capital to take on big jobs,” Lewis-Ellis told Cola Daily.

The entrepreneur spread her wings on her own terms. In 2011, Lewis-Elllis reportedly launched LLE Construction Group L.L.C. Today, LLE Construction brings in $1.1 million to $1.4 million a year building and maintaining facilities, according to Cola Daily.

According to LLE Construction’s website, it currently provides general contracting, project and construction management, and facility maintenance and management to school districts, charter and private schools, commercial businesses and institutions, and the federal marketplace.

“She devises strategies, policies, and plans for the growth and sustainability of the organization. She directs and coordinates the day-to-day operational activities to ensure it meets its organizational goals. In addition, she oversees the management of the company’s Business Development and Quality Control measures to ensure it is consistent with the company’s goals, values, and production,” the website states.

Lewis-Ellis is a successful business owner today, but ABC News4 reported about a few more hurdles she once faced. At one point in time, she was also processing pain her mother suffered after their home was foreclosed. Upon enrolling in college, Lewis-Ellis reportedly kept the goal of buying her mother a new home someday on her mind. However, her mother passed away before she could implement the plan.

“Three months before I graduated, my mom passed away,” Lewis-Ellis said to ABCNews4. “So, I was never able to build the home that I wanted to build for my mom.”

Despite it all, Lewis-Ellis has come far, while working in a male-dominated industry. She is able to reflect on the reward of building homes in the area where she once faced struggles. As a woman and leader in business, the entrepreneur is now able to give back through her career, community service, and mentorship.

“My Father Said He Can’t Waste Money On Me,” Says Greg Simon, Disabled Man As He Graduates

Ghana: The story of a coconut company that exports throughout the world

Marcus Bullock, the Founder who went to Prison When He Was 15 Years Old. That's Where He Came Up With the Idea for a Company Now Backed By John Legend.Marcus Bullock - SKB News Magazine June 27, 2022 at 3:44 pm

[…] Bullock, the Founder who went to Prison When He Was 15… Low-Income Single Mother Becomes the Owner of a Million-Dollar Construction Company Don’t Just Sell Yourself, Communicate Your Value: 6 Valuable Tips What’s […]