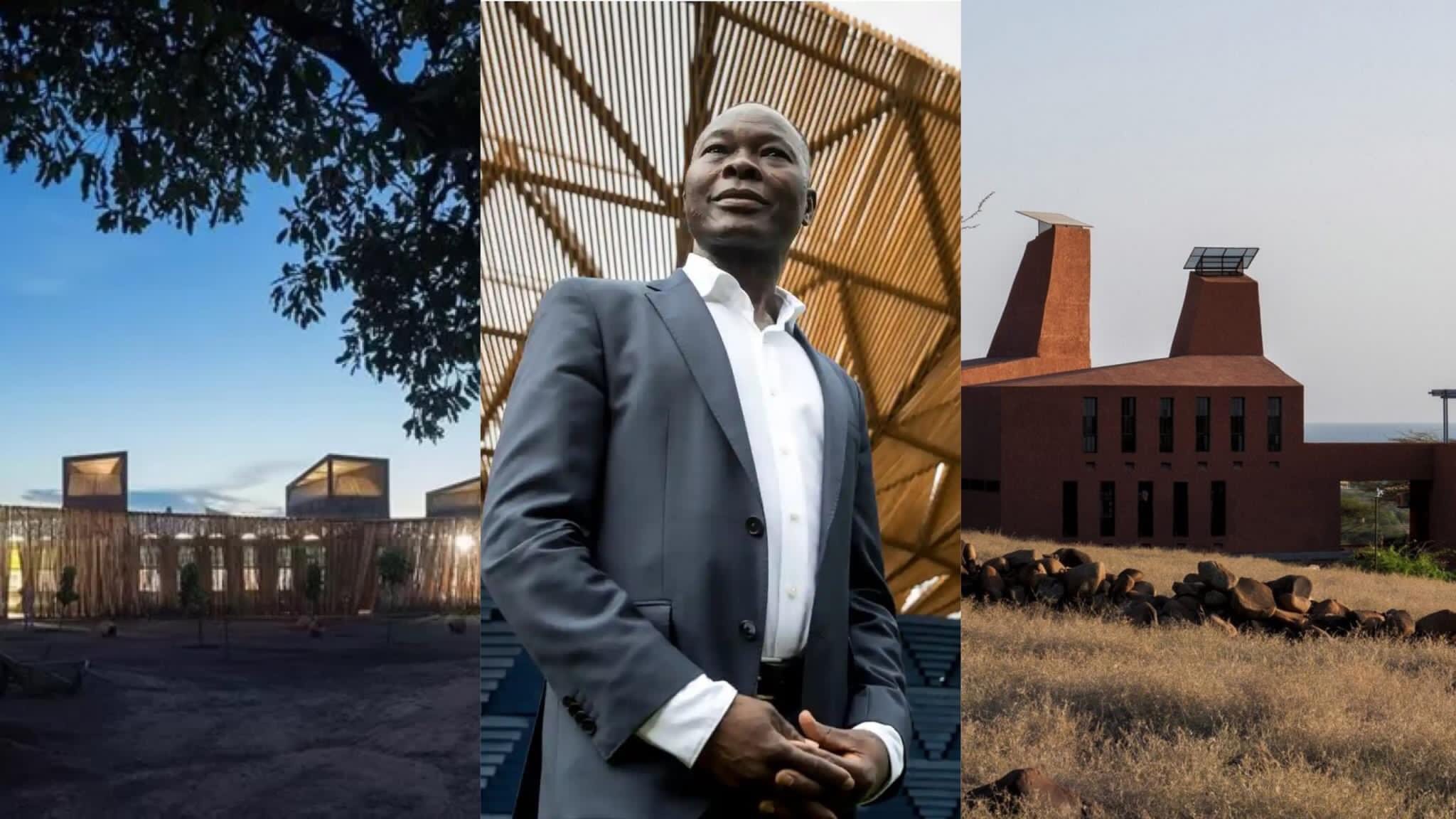 Diébédo Francis Kéré, a Burkinabé architect has won the Pritzker Architecture Prize for 2022, making him the first African and Black person to ever receive the award. The award is considered globally as the Nobel Prize of the architecture world and since it’s establishment in 1979, it has been awarded to architects from Europe, America and Asia.

Francis was born in Gando, a small village in Bourkina Faso. As the child of the village chief, his father wanted him literate to help him read, translate and reply his letters. This also made him the first child in the village to be sent to school and as Gando had no schools, Francis was sent to live with his uncle in Ouagadougou at the age of 7. According to sources, Francis would return home for his vacation periods and when it was time for him to leave, the entire community would give him some money as a parting gift as a way of investing in his education so he returns to make life better for them.

After Francis finished ‘secondary school’, he became a carpenter and received a scholarship from the Carl Duisberg Society in 1985 to do an apprenticeship in Germany. He gained admission after the apprenticeship to study architecture at the Technical University of Berlin. It was during this time that he began working on improving the life of the people in Gando. In 1998, he set up the Schulbausteine für Gando – “Building Blocks for Gando” (now Kéré Foundation) to fund the construction of a primary school for his village.

He designed the building by combining the knowledge he had acquired from school and traditional building methods from his home country. He completed his studies and built the first school in Gando as his diploma project in 2004 for which he won the Aga Khan Award for Architecture. The building immediately accosted the attention of the international architecture community with its beauty and functionality and opened the doors for Francis to do more through Kéré Architecture, his company.

Francis has undertaken projects in various countries including Burkina Faso, Mali, Germany, the United States, Kenya, and Uganda. In 2017, the Serpentine Galleries commissioned him to design the Serpentine Pavilion in London. He also designed the National Assembly buildings of his home country of Burkina Faso and Benin. He has designed and built Secondary schools, lecture halls, health centres among others drawing inspiration from nature and sustainable practices. He is also the brain behind the colourful cones at the 2019 Coachella festival.

He has held professorships at the Harvard Graduate School of Design, Yale School of Architecture and the Swiss Accademia di Architettura di Mendrisio. In 2017 he accepted the professorship for “Architectural Design and Participation” at TU München in Germany.

The Star Interview Technique – How to Use it