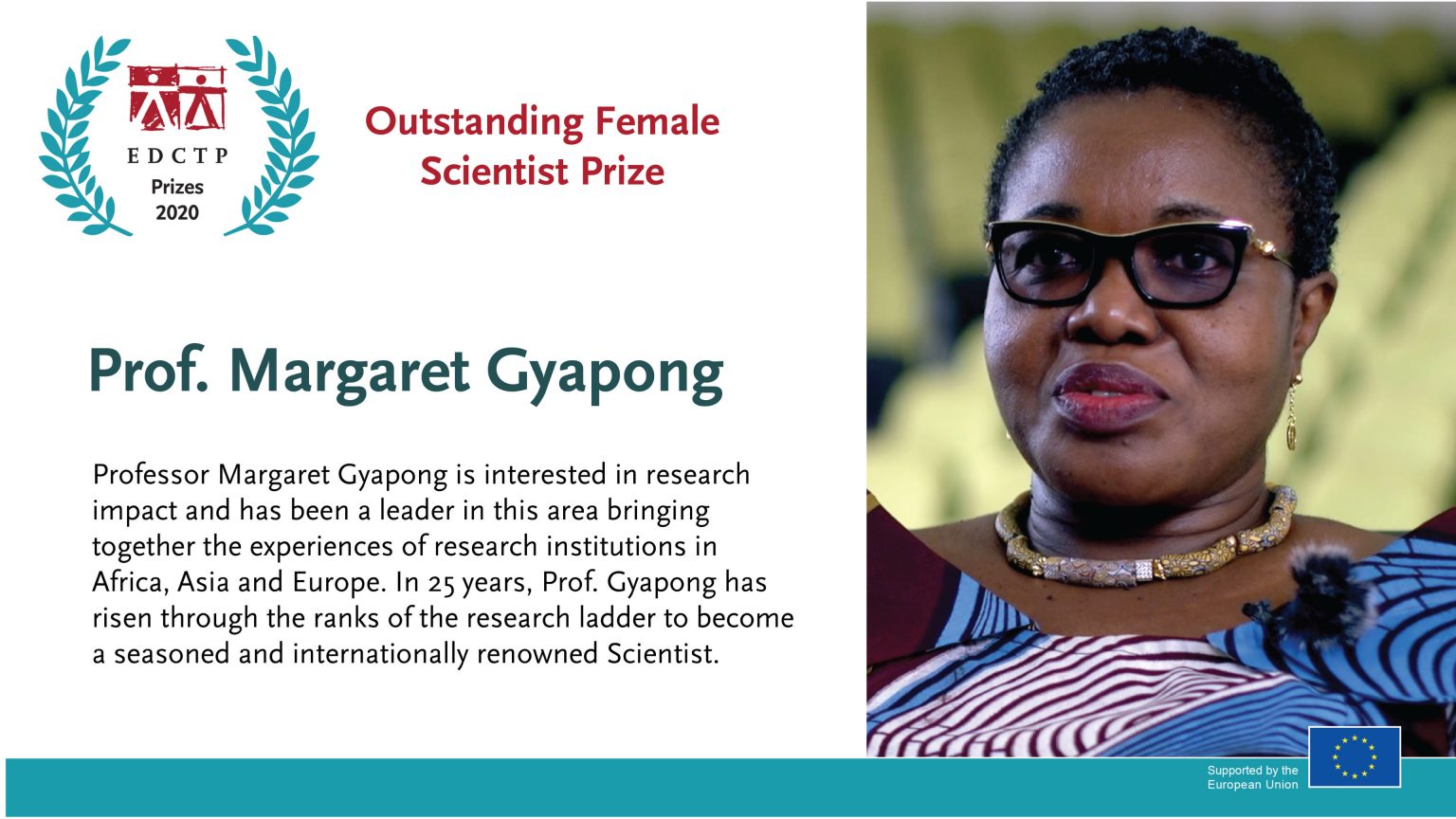 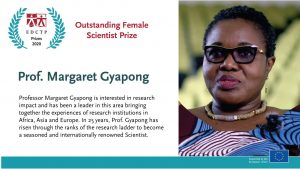 Professor Margaret Gyapong is a  Professor of Applied Health Social Science at UHAS, and adjunct professor of Global Health at Georgetown University. She is the third woman in the world and the first black African woman to receive the coveted Outstanding Female Scientist Prize from the European and Developing Countries Clinical Trials Partnership for her work in research and innovation across sub-Saharan Africa. 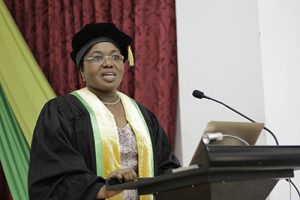 The European and Developing Countries Clinical Trials Partnership (EDCTP) is a partnership between the European Union(EU), Norway, Switzerland and developing countries and other donors, as well as the pharmaceutical industry, to enable clinical trials and the development of new medicines and vaccines against HIV/AIDS, tuberculosis, and malaria. After recently reviewing their mandate to include implementation research, Prof. Gyapong is the first social scientist to receive this award from the global scientific body.

Prof Gyapong is a medical anthropologist by training with interests are in malaria, Neglected Tropical Diseases (NTDs) and implementation research. She is the Director of the Institute of Health Research (IHR) and Coordinator of the Centre for Health Policy and Implementation Research (CHPIR) at the University of Health and Allied Sciences (UHAS), Ho, in the Volta Region. 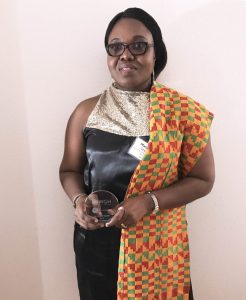 She is a proud old student of Aburi Girls Secondary School where she aced her O and A levels. From there, she continued to the University of Ghana to study for a BSc Home Science before getting an MSc Medical Anthropology from the Brunel University of West London in 1995. Between 1997 and 2000, she worked on her PhD in Cultural Epidemiology at the University of Basel, Switzerland. She has 105 publications in peer reviewed journals to her credit.

Prior to joining UHAS in 2017, she spent almost 25 years as a researcher at the Ghana Health Service and was foundation Director of the Dodowa Health Research Centre from 2005 to 2016, transforming it from a small research station to an internationally acclaimed research centre. It was under her leadership that the centre was designated as a World Health Organisation Tropical Disease Research (WHO/TDR) Satellite Training Centre for Implementation Research in 2018. 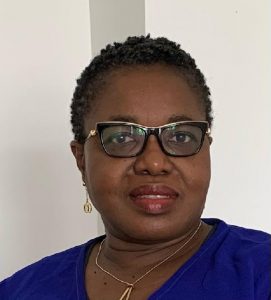 On International Women’s Day in March 2021, she was named by WHO/TDR as one of 15 women facilitating mentorship and collaboration among scientists tackling infectious diseases in low and middle income countries. In the same year, she was ranked by the World Scientist and University Ranking 2021-AD Scientific Index 2021 as number four in UHAS, number 13 in Ghana and 550 in Africa. In 2017, she was one of the 12 women across the world to receive the first Heroines of Health award for her work in drawing attention to the needs of women suffering from the consequences of NTDs. She has also been profiled in TDR Global, an arm under the UN/WHO, for some of her achievements in Implementation Research and work on NTDs.

Prof. Gyapong is currently a member of the Sight Savers Board of Trustees, the Swiss Tropical and Public Health Institute External Review Board, the task force for Global Health Campaign Effectiveness Advisory Board, WHO Scientific and Technical Advisory Group (STAG) on NTDs, the WHO/AFRO Advisory Committee on Health Research and Development and Advisor on Capacity Building and Training in Malaria for the Harvard T.H. Chan School of Public Health WHO Rethinking Malaria programme.

She hopes to set up a fund for brilliant, needy female students in memory of her late mother, Madam Dora Gertrude Odey Quaye, and sponsor a prize for the Most Outstanding Female Scientist at UHAS, where she lectures with the proceeds of this award.

UNTUCKit : How an Idea Nobody Believed in Led to 8 Million Shirts and 88 Stores for Retail Phenomenon UNTUCKit

GET READY— RIHANNA HAS RECORDED A NEW SONG! ‘LIFT ME UP’ SET FOR BLACK PANTHER 2