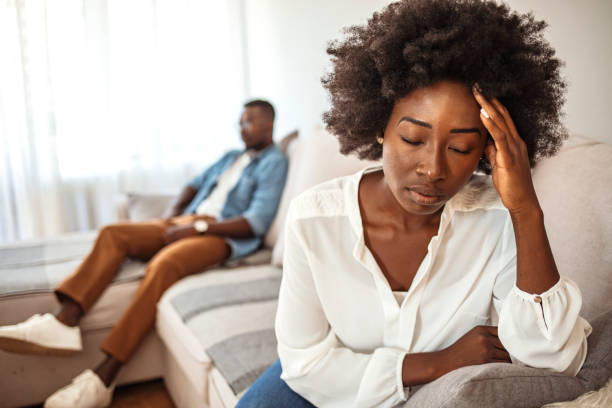 Post Views: 979
My marriage will be 12yrs by October with two beautiful princesses but don’t understand what’s happening anymore. Seven(7yrs) into our marriage, my mother-in-law called one morning asking my husband to rush down to the village. He went only to find out that a woman came with a 13 years old boy claiming he is the father. My husband confess to having s*x with the said lady before he met me and it happened just once. He denied his son but I insisted he should go for a paternity test. I paid for the test and truly my husband is the boy’s father.
.
Since then, my husband has been responsible for his son. Two years after the boy moved in with us, my husband change ownership of two of his properties to his son. I didn’t complain or argue about it. Same year, he bought another property in his son’s name and not a single one for my daughters. I knew exactly what my husband was doing and when I tried talking to him about it, we had the biggest fight since we got married. He involved his mother and she told me to my face that the boy is the only child entitled to his father’s properties. I started investing in my daughters future, bought some plots of land in their names and saving to send them abroad for their University education. I work and earn well and I also have a business that’s not doing bad.
.
The truth is that, I became a little selfish as I stopped providing a lot of things in the house because I can’t be helping my husband reduce his expenses while he saves the money to acquire properties in his son’s name leaving my daughters behind. Now, my husband is financially down, we spent a fortune on his health and he’s not stable enough to start working. I am the only providing for the family, I am not complaining. My step son is in a private University, his school fee 750k and my daughters school fee is 360k. Since the arrival of my step son in our home, we started sharing the children’s school fees. Although, at some point, I stopped sharing my step son’s fee with my hubby because of his nonchalant attitude towards my girls.
.
Things are a little different now, I can’t afford to pay a million plus comfortably because of my husband’s health. I managed to raise funds and pay my girls fee while still struggling to come up with my boy’s fee so he can go back to school but my husband is furious saying I should have paid his son’s fee first that my daughters can stay home till their fees is ready or I look for a cheaper school I can afford and send them to. He said I should sell one of the properties I got so I can pay his son’s school fee. I told him to sell one of his and send his son to school. I have tried so much for him and his family and I’ll not put my girls future on the line for them.
.
My husband asked me to leave the house if I won’t find a means to raise his son’s school asap. The house he is talking about we bought it together so I am not leaving it for him. My sister-in-law came this morning and threatened to send hoodlums if I don’t leave the house before weekend. How should I go about this? I’m thinking of involving the police, it is the best decision to make?
.
SKB News Magazine appreciate you a lot for reading!  If you enjoyed this, kindly hit the share button and help others to also see it. You can also like our Facebook page so you know when we make new posts.
previous post

Dealing with a Breakup or Divorce

I started talking to a good girl on a dating site but my past relationship makes me unlucky - SKB News Magazine July 3, 2022 at 7:22 am

[…] started talking to a good girl on a dating site but… My husband asked me to leave the house if I won’t find… To The Guys Who Are The Reason a Woman Won’t Trust Again,… How To Handle a […]