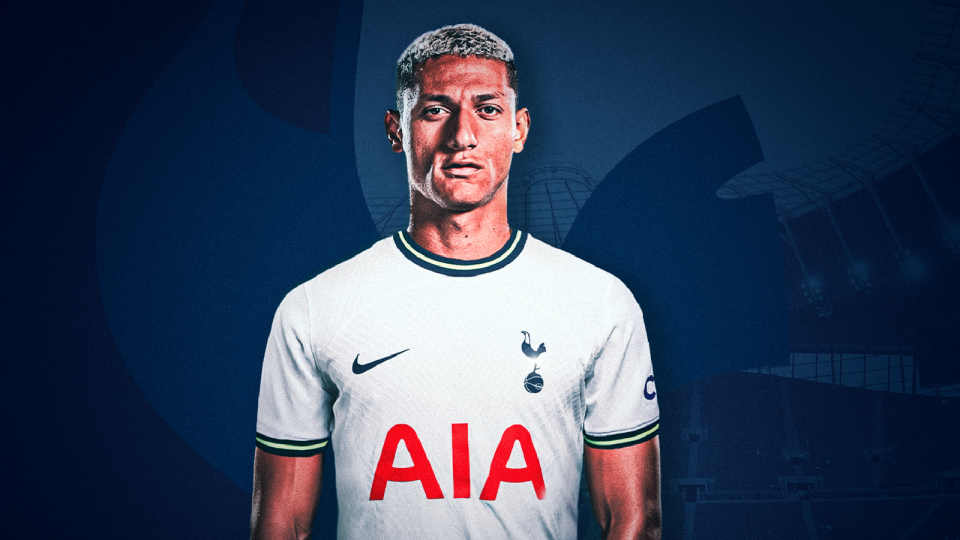 Tottenham have completed the signing of Everton forward Richarlison in a deal worth £60m, with the Brazilian signing a five-year contract at Spurs.

Tottenham offered £40m in writing at 4pm on Wednesday and Everton chairman Bill Kenwright initially went away, believing the offer was insufficient.

But a deal was later struck, with the north London side paying an initial £50m with a further £10m in add-ons as Richarlison completed his Spurs medical in Brazil.

Everton were not happy with the overall £60m package, but had to accept that fee to ensure Frank Lampard has wriggle room in the transfer market.

The 25-year-old becomes Spurs’ fourth summer signing after Fraser Forster, Ivan Perisic and Yves Bissouma. Tottenham are also closing in on a loan deal for Clement Lenglet from Barcelona, while they are in advanced talks with Middlesbrough to sign Djed Spence.

Everton are understood to be under pressure to bring themselves in line with the Premier League’s Profit and Sustainability rules before the end of their financial year, which was midnight on July 1.