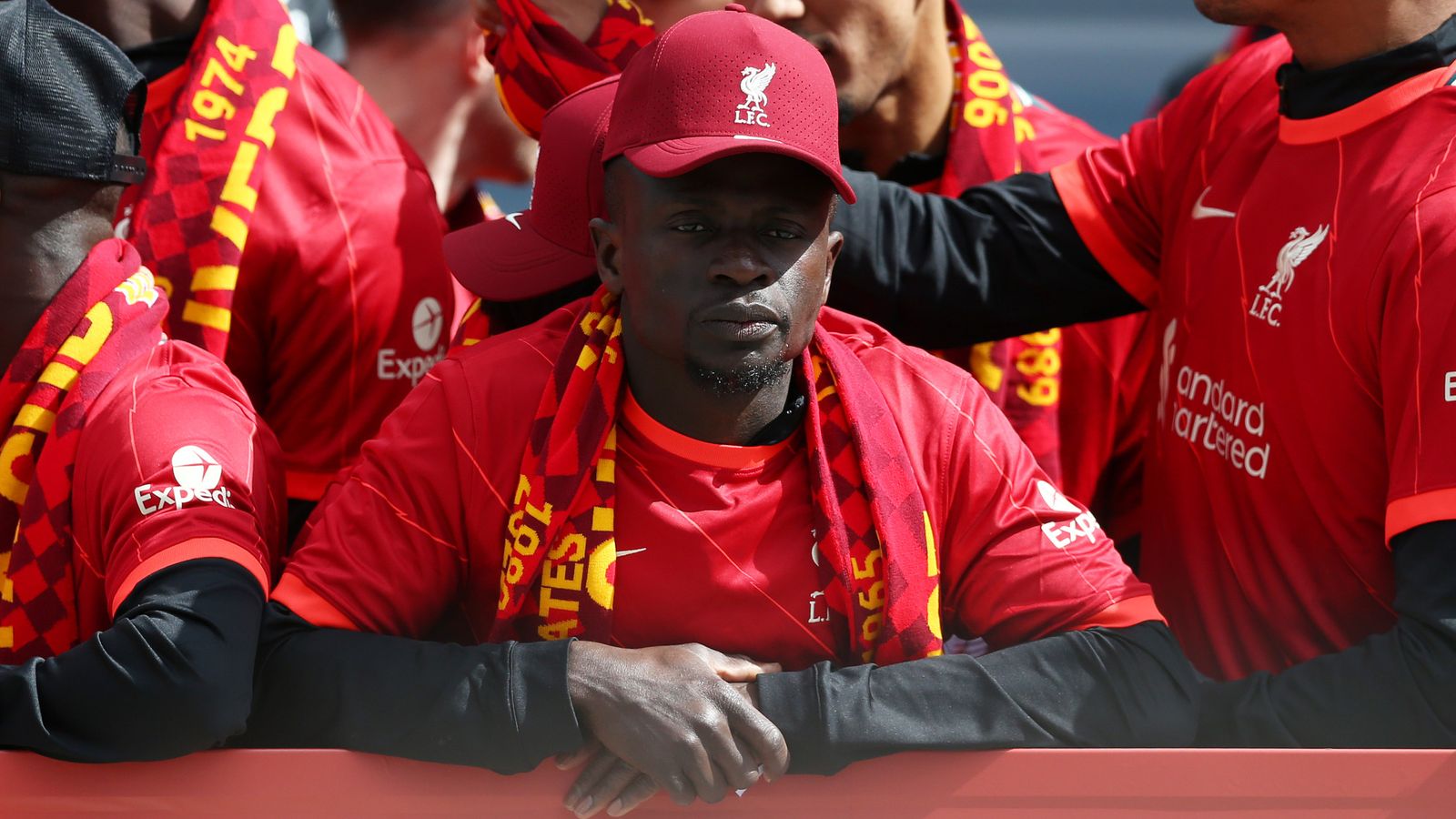 Sadio Mane has 12 months left on his Liverpool contract; Bayern are expected to offer the forward a three-year deal; Mane is yet to inform Liverpool of his decision; Liverpool lost 1-0 to Real Madrid in the Champions League final on Saturday

Sadio Mane has not told Liverpool he wants to leave amid links with a move to Bundesliga champions Bayern Munich.

Liverpool are expecting contact from the German club but would want more than the €30million (£35m) being quoted to contemplate doing a deal for the Senegal international, who has 12 months left on his current deal.

Bayern are expected to offer Mane a contract until the summer of 2025, Sky Germany is reporting. They anticipate an initial offer of €30m plus between €5m and €10m in bonus payments.
.
Read Also : Kylian Mbappe Explains Why he Chose PSG Ahead of Real Madrid | Read

Mane hinted on Wednesday he would announce a “special” decision on his long-term plans after the Paris showpiece but following the 1-0 defeat at the Stade de France, the forward did not make an appearance in front of the media.

Manager Jurgen Klopp was asked about the Bayern rumours at his pre-match press conference in Paris and his answer was non-committal.

“Wherever Sadio will play next year, he will be a big player,” said the Reds boss.

On Friday, Sky Germany also reported that Bayern Munich are confident they can sign Mane for less than €50m (£42.5m) this summer.

Salihamidzic has made Mane the top priority on his transfer list and met his representatives this month to formalise the interest.

Paris Saint-Germain were also linked with Mane, but Kylian Mbappe’s contract extension and Leonardo’s possible exit as sporting director means the club are unlikely to have the financial leeway to strike a deal.

Mane is not the only contract issue Liverpool have to resolve this summer as fellow forwards Mohamed Salah and Roberto Firmino – who make up the rest of his famed front three – are also entering their final 12 months.

However, ahead of the Champions League final, Salah confirmed that he will be at Liverpool next season.

Join our Telegram Channel by clicking on t.me/skbnewsmag to get all updates.

[…] Lewandowski dream is in Mane’s hands Sadio Mane has not told Liverpool he wants to leave this summer… SKB News Magazine’s Jobs advice on how to write a cover letter Theodore Abiwu, […]