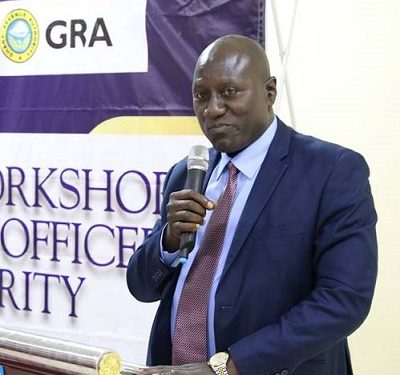 State, The Ghana Revenue Authority, GRA, has revealed that government, in the last three years, has lost nearly GHC9 billion in revenue from taxes generated on imported goods as a result of the implementation of the reduction in the benchmark values policy.

The amount was lost between April 2019, when the implementation of the policy was implemented and March this year when it was reviewed.

The Commissioner of the Customs Division of the Ghana Revenue Authority (GRA), Col. Kwadwo Damoah (rtd), disclosed this to the Citi Business News in an interview at the sensitisation workshop organised by the Association of Ghana Industries (AGI) and the Ghana Revenue Authority (GRA) to discuss and educate AGI’s members on some of GRA’s policies and recent initiatives that impact on business, including the discount values on goods and services, GRA taxpayers’ portal, the 4 percent flat rate, E-levy among others.

“In 2019 it had already gone past the first quarter, it was from April. So, the amount involved there was not as much as the full year of 2020 and 2021. We have estimated it to be GH¢3billion yearly,” he said.

He stated that applying the discounts up to 50 per cent cost the country about GH¢3 billion every year.

As part of efforts to boost the volume of imports in the country, and address complaints of high cost of importation, the government, in April 2019, introduced the 50 percent discount policy on general goods and 30 percent on vehicles policy,

The policy was however, reviewed downwards to 30 percent and 10 percent for general goods and vehicles respectively in March this year.

The import discount policy, since its introduction, has received mixed reactions from stakeholders in the import business and local manufacturers.

Before the recent reduction, which falls under the first phase of the policy’s two-phase review approach, importers had argued for a retention of the policy at the 50 percent rate in order to keep prices of imported products stable.

The AGI on the other hand demanded its total removal, particularly on goods that the country has capacity to produce. they noted that by offering discounted duty on imported products which can be produced locally, they are being made cheaper than those made here.

However, after several back and forth interactions between government, importers and manufacturers, a point of compromise was reached in the last quarter of 2021, with government reviewing the rates down to 30 percent from 50 percent for general goods and to 10 percent from 30 percent for vehicles, beginning March this year.

To resolve the disagreement, Col. Damoah said the government decided to phase out the discount policy gradually after engaging with stakeholders in the trading and manufacturing industry.

Col. Damoah said the second phase of the discount reversals would be made in the 2023 budget of which engagement regarding its preparation had already started.

How to self-assess your skills

Forex Risk : Trading Risk You May Not Know is H*rting You

Here Is Why People Don’t Take You or Business Serious on Facebook: These Ten (10) Tips Can Help

Being Skilled Is Not Enough To Be Positioned For Profits Online