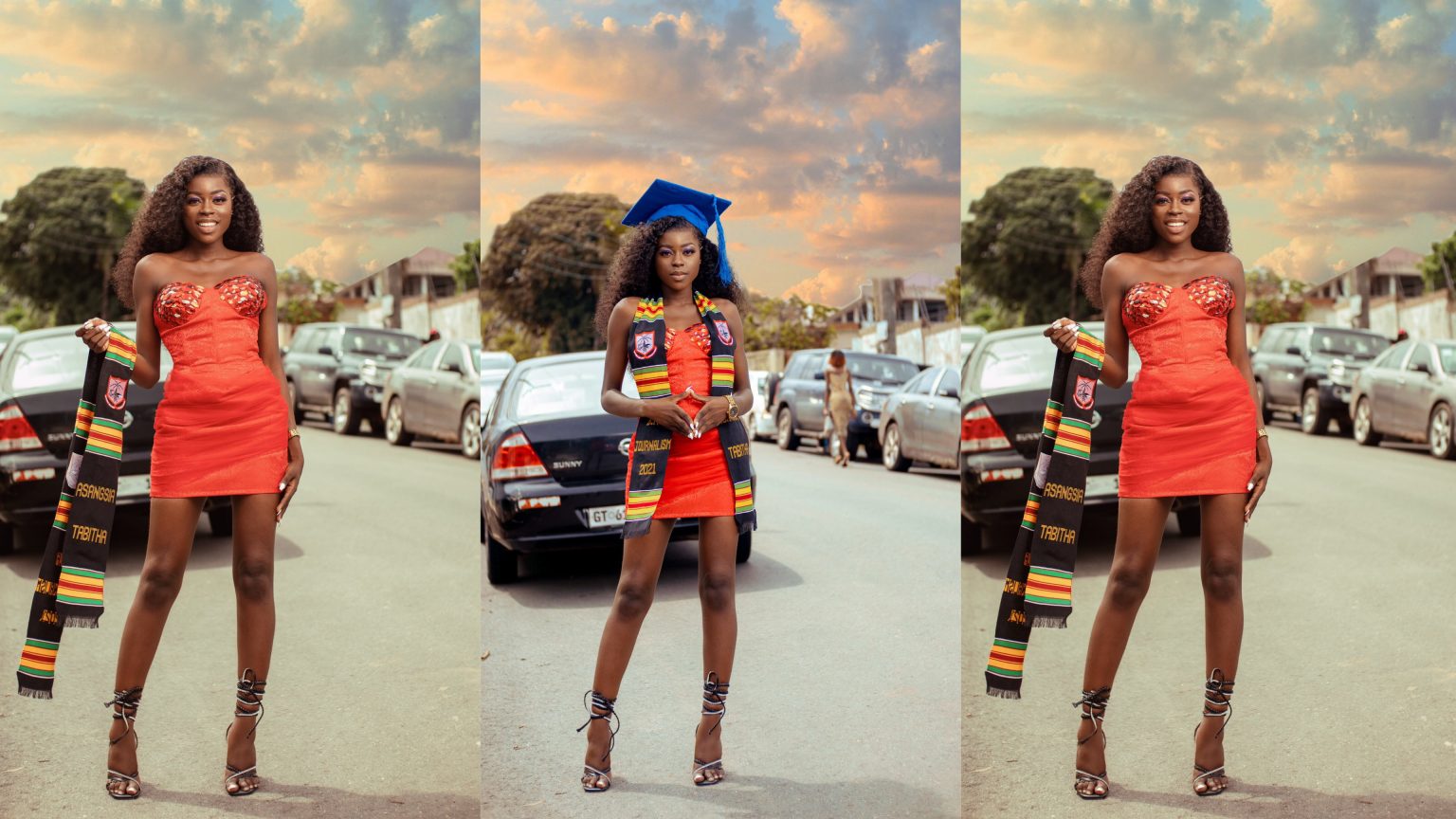 Tabitha Asangsia, a young Ghanaian woman has just shared the news of her graduation from Jayee University College in Ghana. Tabitha graduated when first class honours and emerges as best graduating student in her program of study.

Your girl graduated with First Class honours and got awarded as the “Best Graduating Student in Journalism”
Remember the name,
ASANGSIA TABITHA
YAA BITHA
❤️ pic.twitter.com/QXG60APohw

Tabitha has made a name for herself on Ghanaian Twitter as a newscaster with a dedicated following of over 8,000 and a lively YouTube channel where she practices her craft.

Sharing the news on her official Twitter page, she shared a few photos with the following caption:

I was bored and did this. Who do you think I sound like?? Tag that person😍 pic.twitter.com/aEnaxKsKAF

“Your girl graduated with First Class honours and got awarded as the “Best Graduating Student in Journalism”. Remember the name, ASANGSIA TABITHA – YAA BITHA ❤️”

Her post has since received numerous interactions with various Ghanaians congratulating her on her achievements and wishing her all the best. To a lot of them, Tabitha represents a breath of fresh air on the Ghanaian Journalism scene and hopefully, more opportunities will open up to her to show her talent and skills to the world.

The 6 Scary Truths About Becoming an Entrepreneur

Black Man Eli Joseph earned His PhD In Business Administration At 24 after Rejection From 25 Universities - SKB News Magazine May 23, 2022 at 4:53 am