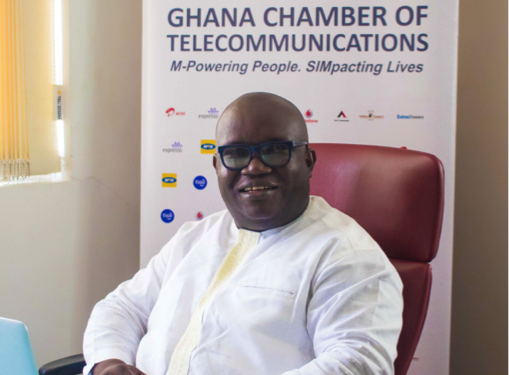 Telcos , Ghana’s Mobile Industry is offering a very handsome reward to anyone with information that may lead to the arrest of culprits responsible for the recurrent telecommunication equipment thefts at cell sites throughout the country.

Additional amounts would be given to whistle-blowers when the culprit is prosecuted and jailed.

The telecommunications industry has been experiencing theft of fuel, batteries, copper cables, conductors and other passive infrastructure for some time now.

There have been some interventions put in place to address this, with some limited success.

However, there has been a new phenomenon in addition to the theft of passive equipment. Stealing active equipment has exacerbated the already bad situation.

The unfortunate acts occasionally cause intermittent network disruptions and customers experience network challenges in the surrounding areas of these affected eight regions including Ashanti, Bono, Central, Eastern, Greater Accra, North, Volta & Western. The Ashanti region alone recorded over 50 theft cases out of the 114 (44%).

The Central Region followed with a total of 19 theft cases representing 16.8%, followed closely by Greater Accra, which recorded 18 incidents representing 15.9%. The Northern Region recorded two cases in less than 1 week, at Kusagu on the 4th & Tamale today the 9th of May 2022. The focus seems to have shifted to the north.

Chief Executive of the Ghana Chamber of Telecommunications, Dr. Ing. Kenneth Ashigbey said, “this is completely unacceptable as these impacts directly on the quality of service that customers have and has national security implications for all of us. We cannot allow these nation wreckers to continue having a field day. Therefore, we have collaborated with several units of the CID and the National Signals Bureau, an agency of the National Security, to enable quick action to nip it in the bud. We would need the support of the general public”.

He said, while working closely with authorities and the security apparatuses to bring a stop to these actions, their technical team is also replacing the equipment to restore the affected networks to normalcy while adopting other measures to ensure they further improve security at these cell sites.

“We recognise the impact on our customers and the high cost of replacing this equipment at our cell sites. Subsequently, we are more than happy to reward anyone or community members for their vigilance and efforts to catch these persons committing these crimes.”

Already, three suspected thieves have been arrested in the act of stealing over the past two weeks in Kumasi and Accra.

The culprits from Atimatim attempted theft have been arraigned before the Kumasi Circuit Court Two and the court has granted them bail with sureties to re-appear before it on the 9th of June 2022.

The other person was arrested last April 29 at Bortianor in Accra; he is currently on self-recognisance bail.

“We are by this statement, together with the CID of the Police Service and the NSB serving notice to these criminals, including those buying these equipment, that a lot more of them will be arrested and put behind bars to serve as a deterrent. We also implore the general public, especially the communities where the telecommunication cell sites are located, to help protect telecommunication equipment, which are critical to the national infrastructure industry.”

“Apart from this being our civic responsibility and all of us ensuring that we have uninterrupted telecommunication service, there would be a handsome reward for you if your credible intelligence leads to the arrest of anyone engaged in telecommunication theft activities with additional sums made available to the whistle-blower when a culprit is prosecuted and jailed.”

“We also implore anyone with information about these incidents to kindly call the police 191 or 18555 or the Mobile Networks on the toll-free numbers 100 or 419 for the generous reward.”