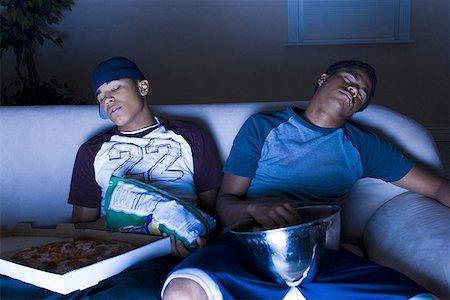 Post Views: 702
The Hard worker and Lazy man Story is a must read for true great Leaders and Entrepreneurs. One of the things people are quick to judge people of is LAZINESS. They would easily say you’re LAZY when you’re not HARDWORKING in one area or the other… But hard work is RELATIVE. Just like some words are CONTEXTUAL in English Language. There is a young man, Solomon, who loves writing. All he does is write. His articles are widely read. He has no money anyways.
.
There is another young man, James, who grew up with his dad who was a farmer. His dad died while he was age 19. He also has no money anyways. Now, Solomon and James were in calamity. They were poverty stricken. They don’t know what to do to make money to help themselves through life as they needed to survive. Both of them decided go visit a wise man, Ogbon (Nigerian Wiseman). It was not too long when Solomon entered the room that James did too. What a coincidence! Solomon was to tell his story first.
.
He narrated his problem to Ogbon. Told him of how he lost his mother. How she died of cancer and how his father died of thunder strike while he was just 11 years old. He narrated the story in such a way that Ogbon who has never cried before almost shed tears. It was now James’s turn. He started by saying that at least, he is not as lazy as Solomon who just sit to write and never gone to farm to work. He narrated how his own mother died immediately after giving birth to him.
.
James added that his father just died 6 weeks ago. Tears were already dripping his eyes. He narrated of how hardworking he is. He goes to farm almost every day except for Sundays when he’d be at Church. “Look at my hands.” he said stretching his hands to them. His hands are rigid and hard due to hard labour. “Idi ise eni la tin moni lole.” said Ogbon. “What does that mean, Baba?” they both ask.
.
“It’s a Yoruba proverb meaning The Laziness of a Man Is Revealed at What He Does.” Ogbon answered gently with his voice shaking due to his old age. They seemed not to understand. He told them that both of them are hardworking just that they don’t know how to channel their passion to make money. Ogbon further explained that James is hardworking as a farmer and Solomon has a writer.
.
“You cannot judge an elephant to be lazy if it cannot jump from one tree to the other as monkey does, can you?” “No Sir.” James and Solomon answered nodding their heads. Ogbon added that whatever your hands find doing, do it WELL. He advised them to get mentors who has succeeded in their fields for them to move ahead FASTER. He also advised them to work with each other. He told Solomon to tell their stories and James to digitalize his farming business. “What’s digitalize?” James interrupted. “It’s a process by which you promote your farming business to the global market using digital technology such as social media, blogs, websites, email marketing, etc.” Solomon answered proudly.
.
“See why you need each other?” Ogbon continued. Both of them left happily and fulfilled. They both got mentors as advised by Ogbon.  Solomon started a digital agency helping local businesses to go global while James started an Agric business the right way. Solomon helped James to promote his business online while holding shares in James’ business.
.
Fast forward

.
James and Solomon are now successful, phenomenal world class leaders and entrepreneurs.
They now belong to a community of great African Leaders and Entrepreneurs on Facebook where they learn, network, grow and mentor others. Truly, hard work is relative! Have you been called lazy just because you couldn’t do something HARD before? You might be good at something so find it and get a mentor today !
.

You Can Find Your Strength In Your Darkest Moments; Here is How To Do This

How to Create a Telegram Channel for Business: The Ultimate Guide.

How to Position Yourself for a Leadership Role