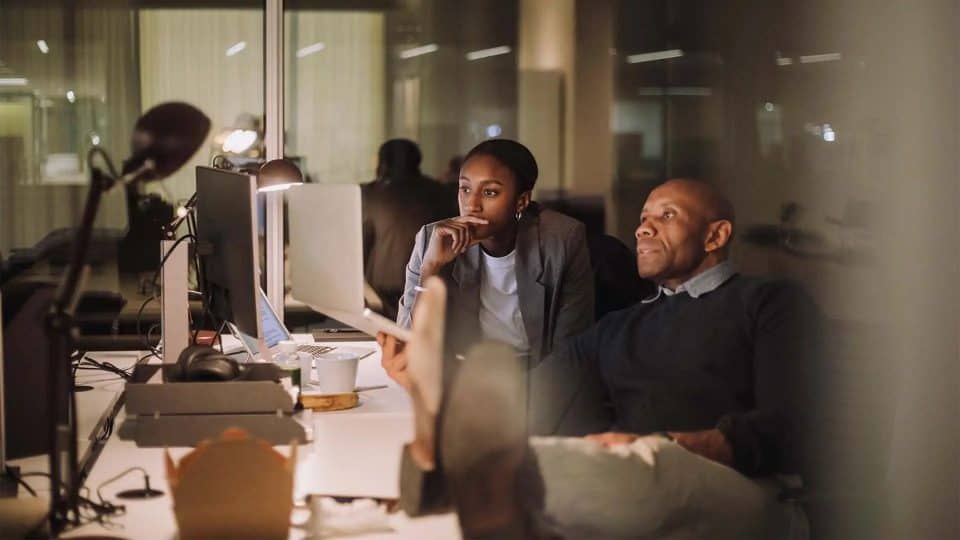 The Myth of Startup Failure and Why experienced entrepreneurs are prepared to fail.

Most startups don’t fail with a bang, they fail with the quiet optimism of a single desperate decision.

In hindsight, you can always walk your way back to the moment when everything started to go wrong. But as it’s happening, it’s a lot harder to truly feel the weight of every decision on a daily basis. Only with experience do you start to get a sense of when the choice you’re about to make could eventually wreck the company.

But here’s where the failure myth unravels. In a lot of cases, even those experienced founders will choose the failure option anyway. Because that option is mandatory. And failure isn’t an option at all.

I’ve been thinking about failure a lot lately. In the current economic climate, most of my inbound from working entrepreneurs is about avoiding failure rather than chasing success.

It shouldn’t be that way. Most entrepreneurs do what they do because they love what they do. And If you truly love what you do, failure isn’t failure until you give up. So in order to debunk the myth of failure, you first have to understand love.

Learning About Love From The Mandalorian

Last week, I had the opportunity to watch a sit of a Q&A with Giancarlo Esposito at a convention. My friends love the Mandalorian as much as I do, so it was a session we could all agree on. He was asked the standard fandom stuff, including what he owes to his longevity as a successful actor.

And just as I was starting to tune out his answer (I was waiting for Season 3 hints like everyone else), he started talking about love. What? Look, I can recognize when a speaker is about to give a canned answer.

But I’ll tell you this. Any time someone starts talking about love, I start paying attention. While it may not be a driver you’d suspect from me, I personally believe love is the answer to like 90% of the world’s problems (and thus 90% of my own).

Now, I’m paraphrasing what he said, because I wasn’t recording the session and I was only half-listening when he started, but he pivoted from his success being directly linked to his love of acting to talking about the environment – and he said that if you love the Earth, you’ll find a way to fix it.

And he spoke about politics and said if you love your country, Republican or Democrat, you’ll find a way to bridge any divide.

When he finished, the crowd went nuts. More than fandom nuts.

I thought about his answer for a while (the next question was about Breaking Bad and I haven’t found the time to watch that yet). And since I was thinking about failure already, the answer hit me.

If you’re doing something you love, there is no failure, there are only setbacks.

I know this is true because I’ve been through it.

The Failure Decision In Hindsight

I’m not here to tell entrepreneurs how much risk they need to be able to tolerate. You only have to look at crypto and NFTs to see how blind belief can ruin someone.

In fact, I’m probably the most risk-averse entrepreneur I know. I never met a risk I didn’t want to mitigate. I’ll put backup plans on my backup plans. But I’ve also come to realize that over-planning and caution can doom a startup as quickly as one hastily-made decision. It just takes a lot longer and it’s more painful.

We had an amazing arc, quick growth with super highs and a plateau of sustainability that was both comforting in its stability and frustrating in its immobility.

In 2018, years after it started, I finally gave it up. But not without a plan.

When Failure Is Just a Setback

A year earlier, in 2014, I had solo-founded SamBoad Business Group Limited. Its customers were entrepreneurs and corporate people that I would connect to resources – investors, support organizations, service providers, etc. – both locally and digitally, through the website and our social media platforms

It was working, but it needed a catalyst for growth. Yes, entrepreneurs needed resources and connections and investment, but what most of them really needed was information so i added SKB News Magazine and Blvck Tick

I had an engine for that. An engine I knew worked really well for 8 years. I found my catalyst in the code I had built for Blvck Tick, the code that managed and promoted valuable content. I lifted that code, re-purposed it for entrepreneurs instead of writers and literally shoved it into SamBoad and SKB News Magazine

It was the love of delivering value from content that drove that pivot. Blvck Tick’s failure years back was only a setback, and in that, it became the fuel to keep doing what I loved doing until I found a way to make it succeed.

I’m recycling that same love, if you will, and a lot of the same ideas for SamBoad, SKB News Magazine and Blvck Tick, my latest solo-founded startups. And this time, I know I won’t fail until I quit.

Broken as an Entrepreneur? Use these Effective Skills

How to Stop Instagram Shadowban : The why you don’t get likes and followers