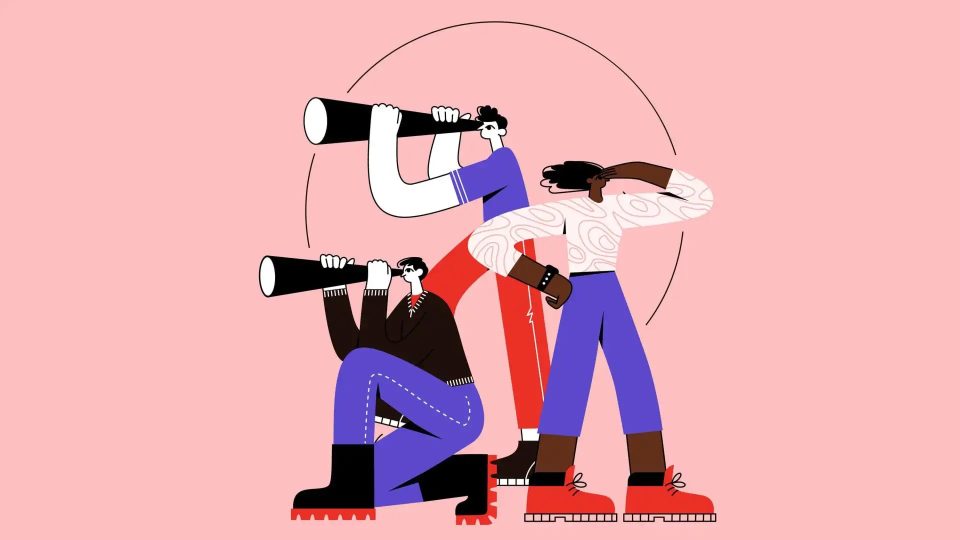 Post Views: 1,206
I Ignored the Principle of Reflection: When I was in the final stage of my secondary education, Pope John Secondary School at Koforidua in the Eastern Region. Now, this was an entirely new environment, and I was already experiencing shocks. First off, it was a boarding school and being that I had never separated from my family, I found myself feeling depressed. Not too long, I connected with someone who made me gradually fit into my new environment and boom, I felt a renewed sense of comfort. But guess what! There was someone else who joined my house as a new student too and was also feeling depressed. It was his first experience as a boarder, and he was also complaining like me. Imagine if I had connected with him in my depressed state; I bet my depression would have worsened.
.
Now, this is the same thing a lot of people face. They are struggling with issues and instead of looking for those who would help them out, they begin to mingle with people experiencing the same problem as them. The result is always drastic. The circle you get into matters! When people complain that they do not record results in what they do, I am quite certain that something is wrong. I have held myself through producing results over time and I have noticed that constant adherence to certain strategies has helped me actualize my goals. I have always posited that one’s network determines to a large extent, the productive nature of that person. Little wonder why I keep reiterating the fact: Build The Right Circle.
.
One of the pointers to the problem a lot of people face is wrong circles. You have allowed yourself to mingle with people way low and backward both in mindset and ideology. A few years ago, I clustered with people who were like me. They were clowns and unserious people. They would rather while away time than think. They prefer sleep to studying. When I discovered my purpose, I felt the urge to take a step away. Of course, they did call me names but who cares? When you are ready to get results, you must be ready to take a leave. You cannot afford to mingle with people that do not have sense.
.
What do you do when you take a leave? Stay isolated? Oh no!
.
There is always a need to locate the productive and result-oriented people around you. It is important you connect with them, seek mentorship from them, and learn from them. In situations where you cannot afford their mentorship fee, get their intellectual property, attend their events, connect with their message, and do what they do. You know what they say about the PRINCIPLE OF REFLECTION?
.
When you get connected to people better than you, you will in a short while begin to record the same results as them. Their productive nature is further replicated in you due to adequate exposure to their unique influence and personality. When I reached out to be mentored and coached by the best in the industry, I wanted to get it right. I didn’t want to keep trying over and over again. In a short while, I was performing at my peak. That actually did not mean that I became productive just because of my connection with them. No! I watched what they did, replicated their action, and began to record results. I went as far as attending their live events just to get a touch of their influence flow. I touched them, sat under the sound of their voice for hours, and received anointing to ‘blow’.
.

.
Connecting with the productive people in my industry helped me to know what I really wanted to achieve and the means of achieving them. Today, I am a highly sought-after digital marketer and business strategist because I knew what I wanted and positioned myself rightly to attain influence in it. When you do not know what you want, you may keep picking up niches and dropping them. Sadly enough, you will be found doing this today and another tomorrow. As someone who wants to be productive, you should try to know where you fit and do it right. Be careful about taking and dropping niches. Do not do something because someone else is doing it. Stick to something and grow in it.
.
Learn the strategies to build an influential brand. You cannot afford to flock around chicks when you can soar with eagles. Check out the eagles you need to connect with. They are the authors of those books you refuse to read. They are the organizers of those events you are reluctant about attending. They are the trainers of those masterclasses and courses you decline signing up for. They are those people you admire but cannot let down your ego to learn from them. Too bad!
.
When you decide to be productive, nothing will be capable of being an excuse. You will see yourself stretching beyond limits to be found among eagles who will hold you and help you fly. Decide to be an eagle today. But first, change your mindset, detox your circle, build a positive network, and be found around eagles.
Yes! Flock with eagles. Be around the smartest. Choose your circle wisely!
.
SKB News Magazine appreciate you a lot for reading!  If you enjoyed this piece by Samuel Kwame Boadu, kindly hit the share button and help others to also see it. You can also like our Facebook page, so you know when we make new posts or Click to JOIN our Telegram Channel where we post JOBS + TIPS
previous post

Now You Are A Spectator, What’s Next? The Karim Benzema Ballon D’or Effect

Nobody will Save You : You are your own responsibility and here is why

How to Manage Your Funds If You Move Abroad