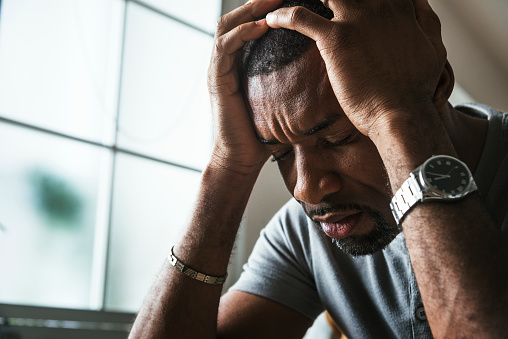 I had a perfect plan for my life when I started out. When I envisioned my life, I saw a wife and kids living in a house I had built for them. It was a beautiful dream that I intended to bring into reality. With focus and determination, I drew a plan and I followed it.

When my friends were spending their money on designer clothes and footwear, I saved mine. When my colleagues from work were spending their money on girls and parties I invested mine. It was not an easy way to live but I knew it would be worth it in the end. By and by I acquired a piece of land and started a building project. I built my dream house; a six-bedroom house with boys’ quarters attached to it. After my house was complete, I knew it would only remain a house until I had someone to share it with and transform it into a home.

That was when I gave myself permission to start thinking about marriage. By the grace of God, I married a wonderful woman who made the dreams I had for my life a reality. We planned to have two children with a specific age gap. A while after we got married she got pregnant with our first child. It was a happy moment for us. As the pregnancy progressed we arranged for my mother-in-law to come live with us so that she could help out with the baby. Indeed she was very helpful when the baby arrived. After my wife’s maternity leave was over, her mother continued to stay with us so she could look after the baby when we both went to work. It was a perfect arrangement. We had the mind to concentrate on our jobs without stressing over child care.

When the baby was eighteen months old, we enrolled her into crèche. My mother-in-law was on retirement and we didn’t want to waste all her time. We decided to let her go so that she could enjoy the freedom of her retirement. At that time too we were talking about having a second baby. So my wife suggested “I know we have things under control now but when my mum leaves, we’ll still need help around the house.  Why don’t we bring my younger brother to come to stay with us? He will help us with cleaning and other stuff. He just completed SHS so he is idle.” Her mother agreed to the plan and so I agreed too. The two women are very important to me and I didn’t want to offend them by turning down their proposal.

When my mother-in-law left, my brother-in-law moved into our home. He has been around for a year and a half now. When he first joined us he was calm and collected. He put my doubts about his character to rest with his hard work. This boy cleaned and did chores that we didn’t even ask him to do. He was polite and respectful towards me and his sister. At a point, I even felt ashamed that I didn’t want him to live with us in the first place. Because of his good behaviour, my wife and I showered him with gifts and took good care of him.

When his WASSCE results came in he did well. We bought university forms for him and he gained admission to a school close to where we live. He didn’t get accommodation in a hall so I suggested that he commutes from home. He refused and insisted on moving to a hostel. My wife also refused to give in to his demands. At the end of the day, we are the ones with the money so we won. All his costs are our responsibility. We pay his school fees and give him money for school. When I tried to pass down some clothes I had outgrown to him, he didn’t accept them. We had to take him shopping and buy him new clothes.

He stopped cleaning and performing all the chores he used to do. Even on weekends, he wouldn’t lift a finger to do any work at home. He closes from school before we close from work. We asked him to babysit his niece when the driver brings her home but he told us he was busy. So we let the driver drop off our little girl with a shop owner in our neighbourhood. The woman takes care of her till we get home.

My brother-in-law goes to nightclubs and he returns in the middle of the night with his friends. They make noise and eat all the food we’ve stored in the fridge. When they finish they leave the dishes for me and my wife to wash.

This boy leaves his dirty laundry in the washing machine for me to find when I want to use it. His behaviour has disrupted the peace in our home. Thankfully we don’t fight about him, but he has turned us into his slaves. Someone we brought in to make our lives easier has become a burden for us. We have spoken to him several times but we are yet to see a change in his behaviour. We reported him to his mother and she also talked to him but he is still the same.

Because we are trying for another baby, my wife is undergoing IVF. She has been advised to lessen her workload and stay away from stress. I told my wife “We should get a house help to help us around the house so you don’t have to stress yourself.” She said “What stress? You and I cook and do the dishes together. We do the cleaning and laundry too. We don’t need to bring a stranger into our home.” She is right about that but her brother is the stress I don’t want her to deal with. I suggested then that she takes a leave from work until we are through with the IVF but she has refused.

I feel bad for my wife because of the emotional stress she is going through. Every time her brother comes home in the middle of the night we all wake up because of the noise he makes. My wife becomes very disturbed and apologizes to me on his behalf. When we wake up in the morning to a messy living room and kitchen, she starts apologizing again. I told her we should ask him to find his own place but she said we can’t throw him out. She tried to get their elder brother to take him in but the man said he wouldn’t.

When I envisioned my life, I saw a wife, and kids in a house built for them. I have all of that now and I would have been happy if not for my brother-in-law’s awful behaviour. He is ruining my dream life and all I want to do is kick him out. I know my wife is against me doing that but I want to do it for the peace of our home.

Tell me if I am being inconsiderate here.

10 Characters That Makes A Man Attractive

Relationship Tips : 10 ways to Build A Joyful And Healthy Relationship