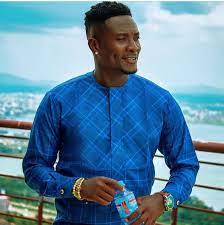 Former Ghana captain Asamoah Gyan has joined the age-old debate about spiritism in football, claiming it exists. Spiritism or ‘juju’ in the local parlance has often taken a center stage in football with some clubs and players investing heavily in it.

Some people think it’s a psychological ploy used by teams to outwit each other while others believe that juju or spiritism fortifies teams to have an edge over others.

According to Gyan, everything that has a name exists and that juju has been used since the colts level and adds that the famous mallam goals (last-minute goals) do exist.

Read Also: Berry Ladies FC edge out Faith Ladies, qualify for round of 32

“Anything that has a name it exists. We all, like in colts, we all go together, and they tell us ‘Get this and bath with it, do this and that’,” Gyan told Dan Kwaku Yeboah in a YouTube interview.

“And if you don’t do it and the team loses, they’ll say you caused the defeat. With Cedar, we did it once or twice. We played Liberty we were beaten 4-0, but juju is in football.”

“I remember another colt’s game, a man told us to do something for two goals. Sometimes with a padlock they will tell you if you score one that is it.”

“We all have what we believe. Someone will close from church and pass by a mallam. There are a lot of players if they will tell the truth they do those things.”

Asamoah Gyan is the highest-scoring African player at the FIFA World Cup with six goals having played in three editions in 2006, 2010 and 2014.

He is Ghana’s record scorer with 51 goals in 109 matches and wants to remain in the game after his official retirement.