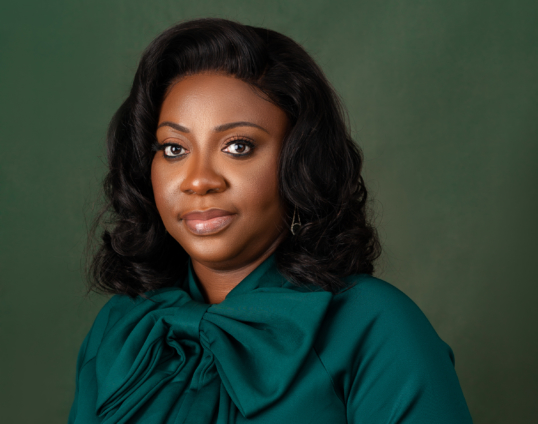 The Chief Executive Officer (CEO) of Vodafone Ghana, Patricia Obo-Nai, has been adjudged Africa’s Most Respected CEO in the continent’s telecommunications industry.

She won the award at the Africa Most Respected CEO Awards organised in Dubai, United Arab Emirates (UAE).

Obo-Nai has contributed to the telecommunication industry in many ways. She is the first Ghanaian CEO of Vodafone Ghana. She has championed various innovations in the industry and is celebrated for her leadership during the heights of the Covid-19 pandemic.

The Vodafone Ghana CEO is also revered for her passion for gender issues and interventions that offers economic opportunities to women. Whilst speaking at the United Nations General Assembly last year, she called on all stakeholders to end maternal mortality across sub-Saharan Africa.

Aside from gender issues, she has often called on Africa to leverage technological advancement to drive sustainable development and secure its participation in the digital economy.

She also called on governments, industry players and businesses to join Vodafone as it embarks on this campaign.

She has won several awards, including the CEO of the Year at the Ghana Information Technology and Telecommunications Awards (GITTA), among others.

Speaking at the awards ceremony, the chairman of Al Dobowi Group, and African Chamber for Trade United Arab Emirates, Surrender Singh Kandhari, said: ‘’The awards are aimed at bringing together business captains, public sector officials and investors in Africa who deserve recognition for accomplishments in their respective areas of endeavour in the COVID-challenged emerging African corporate ecosystem.’’

Africa’s Most Respected CEOs Awards was held under the theme: ‘The role of the African corporate pace-setters in maximising the opportunities offered by the AfCFTA.’ The nominees in each category were selected by public voting.