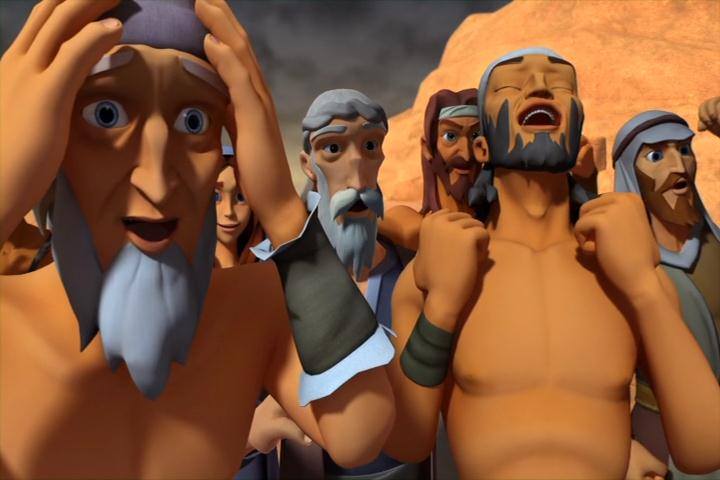 Post Views: 333
If you study History and diligently observe the Scripture, you would find that the Israelites were not the only slaves in Egypt.​
​
There were other slaves from various parts of the world at that time as Egypt was an economic and political giant in their day.​
​
The consequence of this was that when Moses came with a mandate to take the people of Israel to the Promised land, there were those slaves who by sheer excitement also joined in.​
​
The vision was not theirs. They did not understand everything that was going on but they were excited all the same.​
​
Some may not have even believed in what their co-slaves, the Israelites were saying. The miracles awed them, or ​ maybe they were bored of slavery or ​ happy that somebody was putting that Pharaoh in his place… ​
​
But most of them ​ could not really absorb and become part of the vision and so could not walk in one mind with Israel. ​
​
They went along either way.​
​
This is not to take you back to Bible study class, although it is good ​ you know these things.​
​
However… ​
​
I thought a lot about this when a post was made prominent people about people using their face and name on social media platforms to get gigs. How that after one account gets reported and blocked, another would rise up. ​
​
In my mind I thought, these people know these prominent people. They know the value they constantly dish out. They ‘follow’ them, obviously. They hear what the rest of us hear from them. Their postings and blueprint on how they impact lives and walk in the higher calling…​
​
They hear all these. Or do they?​
​
Somehow, they still choose to go the other way. Their particular reasons, I don’t know and honestly don’t care.​
​
When the children of Israel murmured, Scripture always said that the “Mixed Multitude” among them incited it. Yes. That multitude.​
​
The multitude that were followers but not really following. The ones that subtly incited discord. ​
​
– There is no meat, why should we have only manna. ​
– There’s no pathway, Moses has brought us out here to die by the Red Sea. Are there no graves in Egypt? ​
– Water. Where is water? ​
​
All valid points, but… What is Truth ? Their intentions will prove that it was not the Truth. ​
​
And the unwise ones among the Israelites would allow themselves to be pushed out of course. When the consequence came, they all paid for their choices.​
​
In conclusion, every community or people with common ideology and vision will have strangers in their midst – that mixed multitude. You can’t entirely eliminate them because the look like everyone else. ​
​
But their ‘talk’ gives them away most times. As well as how unteachable they are. ​
​
When you notice them, walk your way. Do not be incited to go off course. ​
​
You are not a stranger. You are the one with the vision. ​
​
And you must work while it’s still day. Destiny demands it. ​
My vision is SamBoad Business Group Limited, what is yours ?
previous post

Time as Life, Play Hard If You Can

Comments on Social Media Can Make or Unmake You : How to Jump and Pass