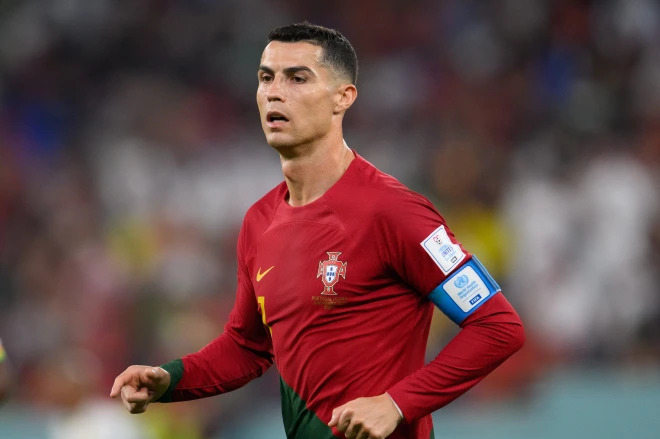 CRISTIANO RONALDO has reportedly been offered £1.2million a WEEK to play into his 40s. That’s if he accepts a shock move to Saudi Arabia following his Manchester United exit.

Ronaldo, 37, finds himself without a club for the first time in his professional career. The legendary striker had his Red Devils deal axed following last week’s bombshell interview with Piers Morgan. And Ronaldo is now focused on leading Portugal to World Cup glory in Qatar. But the veteran may not need to leave the Middle East afterwards, having reportedly received a mega-money contract from a club in neighbouring Saudi Arabia.

According to CBS, Al Nassr have offered Ronaldo a staggering three-year deal worth £62m. That would see Ronnie pocket £1.19m each week – working out to £170,000 a DAY. It could be a tempting offer for the icon, who turns 38 in February. And should he accept, it would guarantee Ronaldo continues playing into his 40s.

Al Nassr have already held “extensive” talks with the ace’s representatives, with negotiations now at an “advanced” stage after initial contact over the summer. It’s added the deal will be completed swiftly if Ronaldo accepts the lucrative terms on offer. Al Nassr are one of the most successful teams in Saudi Arabia, boasting nine league titles.

But their last victory came in 2019, with Al Hilal winning the last three. They too are said to be interested in Ronaldo, and it remains to be seen whether they make a late move.