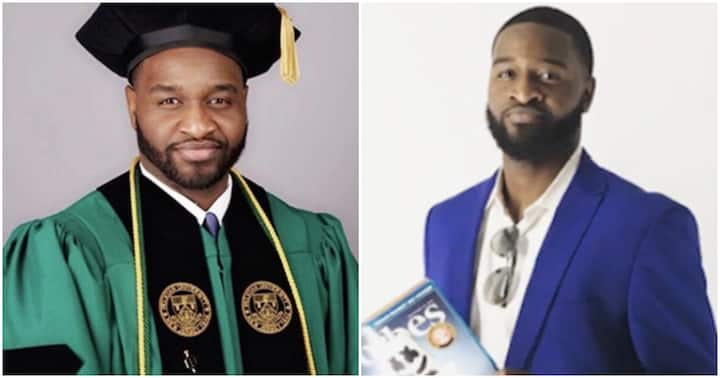 Haitian-American, Eli Joseph, earned his doctoral degree in Business Administration from Felician University before the age of 25 Before the remarkable academic milestone, he had bagged his bachelor’s degree in Mathematics and master’s in Business Administration Eli faced rejections from 25 universities but never threw in the towel, braving the odds to achieve his goal

At 20, Eli Joseph earned his bachelor’s degree, received a master’s degree at age 21, and only his doctoral degree at 24 in Business Administration from Felician University. Eli had to juggle his work as an educator at an Ivy League institution with his studies.

Before the accomplishments, he faced several rejections from 25 universities but never threw in the towel.

Turning lemons into lemonade As a TEDx speaker and author of The Perfect Rejection Resume, Eli examines the introspective contrast of success (rejection) while providing unique ways that people can build confidence to overcome their failures in his book.

”Recently, I created a rejection résumé, which highlights all of my failures,” said Eli, according to Black News.

Besides being an author, Dr Joseph is a Haitian-American researcher and educator who is active in behavioral finance, data analytics, statistics, and quantitative finance. He received his bachelor’s degree in Mathematics from Queens College, City University of New York. He pursued a master’s degree in Business Administration at Brooklyn College, where he graduated in 2016.

Dr Eli earned his Doctorate in Business Administration from Felician University in 2019 and made history as the first-ever graduate at the institution to complete the curriculum.
previous post

Know these before you meet an Investor as an Entrepreneur

Meet Jacob A. Osae, The Young Ghanaian Rebirthing The Love For Sci-Fi & Fantasy Genre Of Literature In Ghana