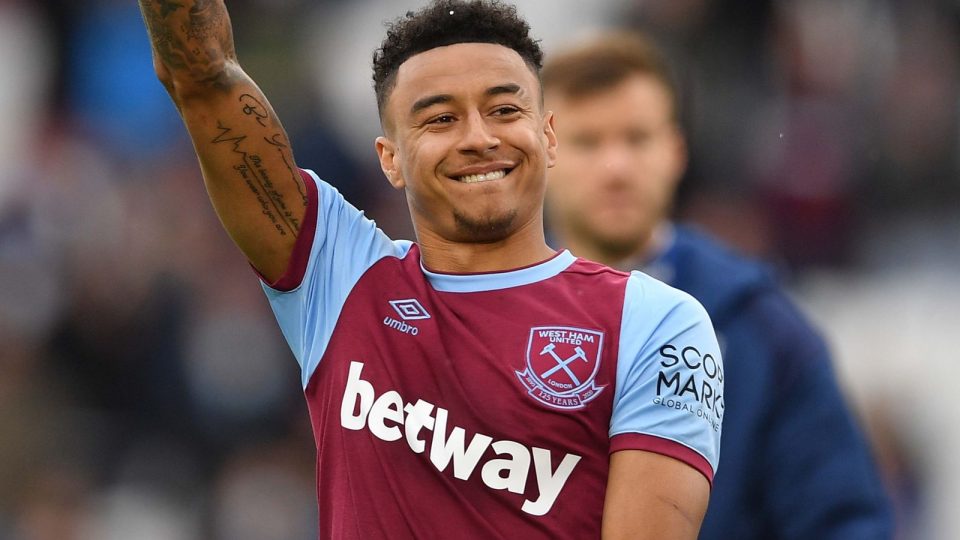 Jesse Lingard is a free agent on July 1 when his Man Utd contract expires; the forward had a successful loan spell at West Ham in the 2020/21 season; follow the summer transfer window on Sky Sports News and across the Sky Sports app and website

West Ham have made an offer to Jesse Lingard’s representatives over signing the player on a free transfer.

The midfielder officially becomes a free agent on July 1 following the expiration of his Manchester United contract.

Lingard had a successful loan spell at West Ham in the second half of the 2020/21 season when he scored nine goals in 16 Premier League starts, while Newcastle tried to sign Lingard in the January transfer window.

Former interim United manager Ralf Rangnick dismissed criticism in May from Lingard’s brother after he failed to give the midfielder an Old Trafford farewell against Brentford.

Gary Neville argued Lingard did not deserve special treatment after he watched two United favourites, Bryan Robson and Steve Bruce, sent on their way without a sentimental send-off.

Speaking on The Gary Neville Podcast, he said: “The nonsense over Jesse Lingard, look, Jesse’s been at the club a long time, done a good job, but I saw Bryan Robson and Steve Bruce not play in their last games and not get a send-off in cup finals.

Gary Neville says Jesse Lingard had no ‘god-given’ right to play in his last game for the club, pointing out that some of the club’s great players have not been on the pitch when their careers at Old Trafford came to an end

“One of them maybe is the greatest captain Manchester United have ever had and other one is one of the greatest and they didn’t get that send-off, a farewell from the fans. I’m not quite sure why Jesse Lingard deserves it.