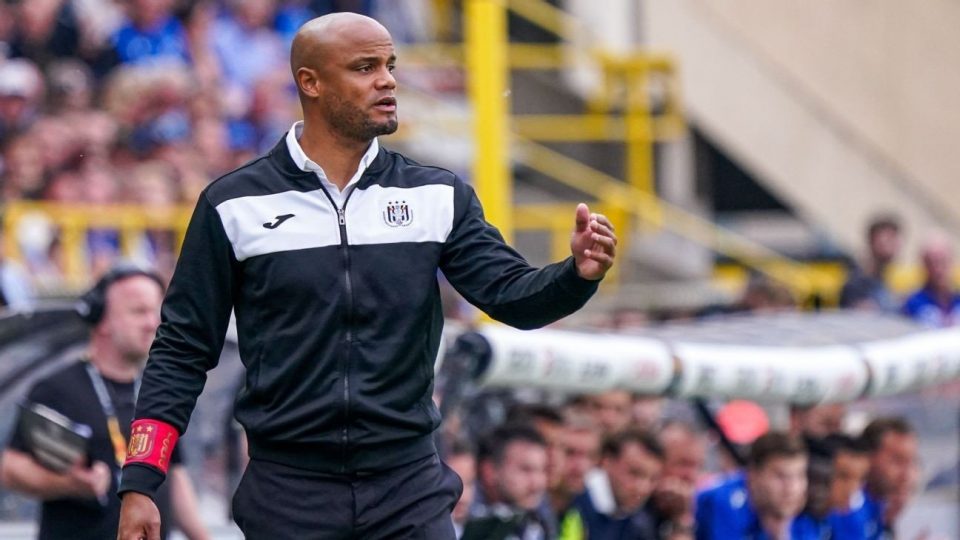 The news comes after Kompany left Anderlecht last month after three years as head coach. The 36-year-old was initially appointed as player-manager in 2019 after his departure from City but, following a poor start, soon relinquished matchday managerial duties.

He then retired from playing in the summer of 2020 in order to focus on being a full-time head coach.

“Burnley Football Club is a truly historic English side and it is an honour to be appointed first-team manager,” Kompany said in a statement. “I’m excited by the challenge ahead.”

Anderlecht finished eighth, fourth and third in the Belgian Pro League in Kompany’s three years at the club.

Burnley were relegated from the Premier League last season following a final day defeat to Newcastle United that sunk them below Leeds United and sent them down to the Championship.

The Lancashire club parted ways with Sean Dyche in April after 10 years at the helm. Under-23 coach Mark Jackson took charge for the remainder of the season but could not prevent an end to their six-year stay in the Premier League.

“Vincent is a proven leader and I’ve been very impressed with his ideas for Burnley, his appetite to succeed and his focus on leading the club back to the Premier League,” chairman Alan Pace said.

“Vincent has shown impressive credentials in leading one of Belgium’s biggest teams back to European football and a [Belgian] Cup final last season and we’ve been excited by his philosophy, approach and ambition for the club.”