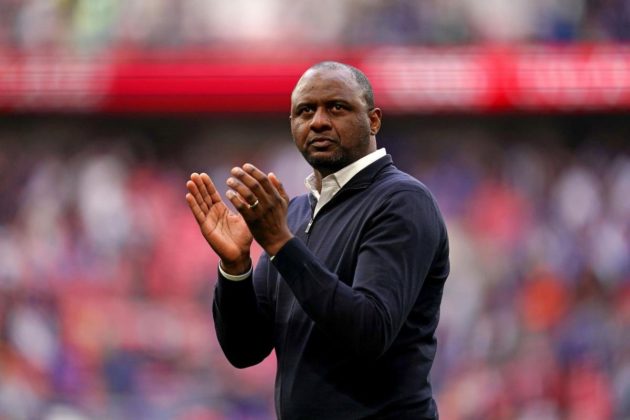 The English Football Association are reportedly looking into the investigation of the incident that occurred between Patrick Vieira and an Everton fan.

The Palace boss was harassed by a fan of Everton after the game which saw the Merseyside club survive relegation. According to video footage, the fan used some unpleasant language against Vieira which angered the French man in result leading to him kicking the fan.

Everton boss Frank Lampard has also supported the decision which was taken by the Palace boss, according to Lampard, he felt for the French man.

Patrick Vieira has been filmed in an altercation with an Everton fan on the pitch at Goodison Park during tonight’s pitch invasion. pic.twitter.com/MOliWvsSHJ